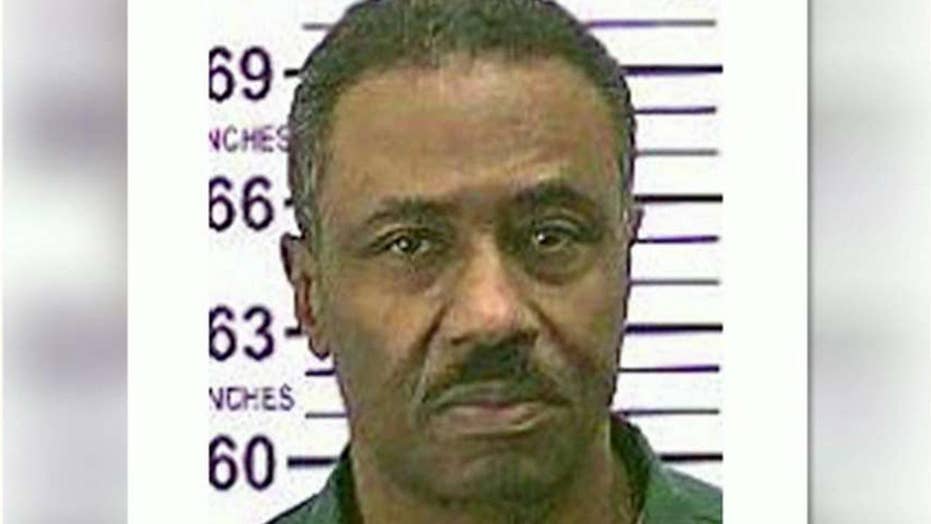 The release of a cold-blooded killer who gunned down two New York City police officers nearly half a century ago was put on hold, union officials said Thursday.

The union filed the lawsuit on the behalf of Diane Piagentini – whose husband was murdered by Bell and his associates in 1971. The union was also granted a temporary restraining order, which prevents Bells release should the suit not fall the union’s way, the Post reported.

Herman Bell, who was convicted of brutally murdering two New York City police officers in 1971, had his release blocked. (AP)

“This Parole Board blew the call by making a decision to release this cold-blooded assassin without having considered all of the facts as the law requires,” union president Patrick Lynch said.

Bell was a former Black Revolutionary Army member and lured officers Joseph Piagentini and Waverly Jones to a housing project in 1971 with fake 911 calls. Bell and two of his associates opened fire on the officers and killed them.

Jones died instantly while Piagentini – who had been shot more than a dozen times – begged for his life, the Associated Press reported. Bell finished him off with the cop’s own gun.

Bell’s latest parole request was his seventh since 2004.

Bell – now 70 – argued that he should go free because he’s been a model prisoner, the New York Post reported. While in prison, Bell earned a master’s degree and learned to play the flute.