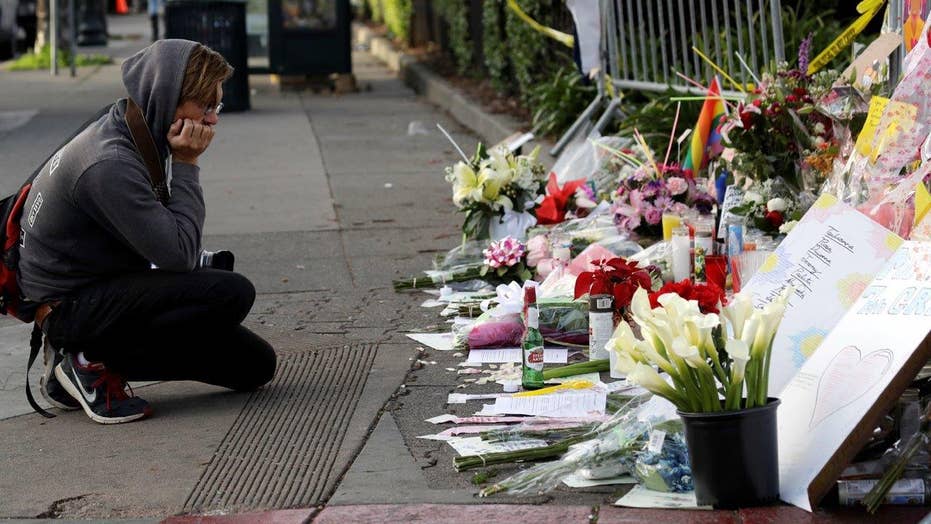 A refrigerator may have been the cause of the Oakland warehouse inferno that killed at least 36 people, an official said Tuesday.

Alameda County Sheriff Greg Ahern said a person who escaped the deadly blaze told authorities there were flames coming from the refrigerator, and evidence found at the scene so far supports the claim.

"On that back wall, there's a significant 45 degree angle burn," Ahern told KTVU-TV, which he said could indicate it was the source of the fire. Additional details on a possible cause of the blaze have not yet been released by officials.

Ahern also released heartbreaking details of what rescuers found when they searched the warehouse.

Two of the victims appeared to be hugging when they died, according to Ahern. The male and female were found on top of one of the seven RVs in the center of the building. It is believed the floor collapsed and the male and female, along with another person, landed on top of the vehicle, he said.

"For our people to see that, it was very emotional for them," Ahern said.

Work inside the building resumed after it was stopped for several hours Monday.

Officials said the debris will fall on areas that have already been searched for bodies.

The death toll remained at 36 on Tuesday with no changes overnight in the number of bodies recovered from the remains.

Alameda County Sheriff's Deputy Tya Modeste said 36 bodies have been recovered and 26 of their families have been notified, while another nine bodies have been "tentatively identified." Officials are still lacking any type of identity for one individual.

“Our hope is not to find any more (victims),” Lipp said during a press conference. “We want to completely clear the building.”

The building’s structure and safety have reportedly been on city officials’ radar for some time and questions have emerged about whether more could have been done to prevent the fire.

Oakland planning officials opened an investigation last month after repeated complaints about the warehouse. An inspector who went to the premises couldn't get inside, said Darin Ranelletti of the Oakland Planning Department.

Once the building is cleared, the investigation will turn to the cause of the fire. The district attorney warned of possible murder charges as she determines whether there were any crimes linked to the blaze.

"We owe it to the community and those who perished in this fire, and those who survived the fire to be methodical, to be thorough, and to take the amount of time it takes to be able to look at every piece of potential evidence," Alameda County District Attorney Nancy O'Malley said.

Shelley Mack, who lived at the “Ghost Ship” for several months about two years ago, said the building was a “death trap.”

The building was crammed with rugs, old sofas and a garage-sale-like collection of pianos, paintings, turntables, statues and other items that quickly fed the flames.

"I didn't think it was going to last this long before it went up or somebody shut it down,” she said.