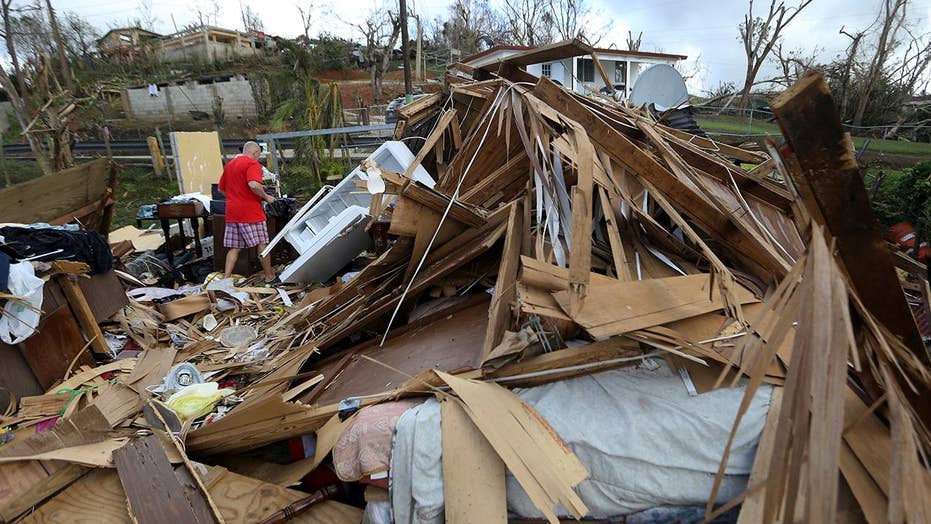 Millions remain without water and power in Puerto Rico

Puerto Rico is in the throes of a full-blown "humanitarian crisis," with washed-out roads, downed power lines and damaged infrastructure -- a scene President Trump intends to view first hand next week.

Trump, who has been criticized for not focusing more on Puerto Rico in the days following the devastating Category 3 storm, said Tuesday the federal government is working hard to get food and water to the U.S. territory, saying the island was “hit as hard as you can hit.”

“Those people are very important to all of us,” he said. “We are working very, very hard on Puerto Rico.”

Though the federal government has sent aid to Puerto Rico, recovery efforts have been hampered by logistical hurdles on the island of more than 3.4 million U.S. citizens.

Rep. Paul Ryan called the destruction a “humanitarian crisis” and vowed to help. 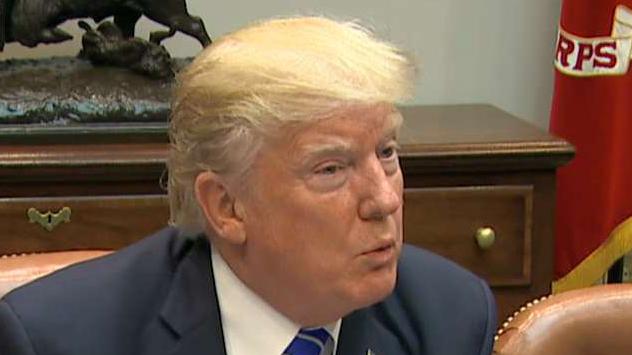 “They need our help and they are going to get our help,” Ryan said Tuesday, adding the $15 billion Congress passed earlier this month for hurricanes Harvey and Irma also applied to Puerto Rico.

Local officials have said they have been unable to reach more than half of the towns on the Caribbean island; however, they continue working hard to get food and water to isolated communities.

“What we’re now seeing is that the aftermath is almost more horrific than the actual passing of the hurricane itself,” San Juan Mayor Carmen Yulín Cruz told the Los Angeles Times. “The death toll is rising. People have still not communicated. And in San Juan, you’re seeing what I’m calling ‘urban refugees.’”

She added: “We’re doing our damnedest to get to them, especially the elderly that are left locked up in their buildings with no food, no electricity, no medication, no medical attention. We’re canvassing them one by one.”

Cruz, on Tuesday, lauded recovery efforts, while slow, from FEMA officials. She told CNN incoming aid is “making people feel like we’re not alone and we can make it.”

Power has been restored in a handful of hospitals on the island, although nearly 100 percent of Puerton Rican residents have been sitting in the dark.

Officials say it could be months before power is fully restored.

“There is no water and practically no food – not even spaghetti,” Mercedes Caro said outside the SuperMax in the Condado neighborhood of San Juan after purchasing a loaf of white bread, cheese and bananas.

Flights off the island are infrequent and communication is spotty at best. Officials said Monday more than 91 percent of cell sites were out of service.

Gov. Ricardo Rossello called the situation on the island a “humanitarian crisis” and urged Congress to pass an aid bill like it did for Hurricane Harvey.

The Trump administration has tried to blunt criticism that its response in Puerto Rico has fallen short of efforts in Texas and Florida after the recent hurricanes there.

On Monday, the president addressed the situation in a series of tweets, noting the island’s electrical grid was “in terrible shape,” but promised “food, water and medical are top priorities.”

“Texas & Florida are doing great, but Puerto Rico, which was already suffering from broken infrastructure & massive debt, is in deep trouble,” he tweeted.