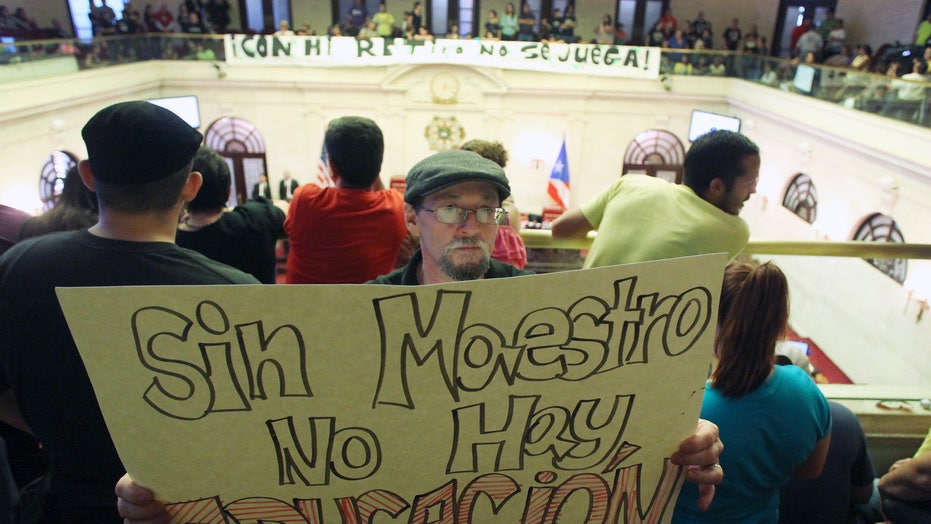 A plan to save Puerto Rico?

May Day is also D-Day in the ailing commonwealth of Puerto Rico.

The U.S. territory is bracing for the largest public-sector bankruptcy in history if it fails to reach a debt-cutting agreement before midnight Monday.

The approaching deadline is to restructure its $70 billion debt load or else open itself up to lawsuits from creditors.

However, the federal oversight board overseeing Puerto Rico's efforts to straighten out its finances (PROMESA) is considering a bankruptcy-like path to restructuring debt that would also give protection from lawsuits.

Puerto Rico is trying to escape a crisis marked by a 45 percent poverty rate, unemployment more than twice the U.S. average and near-insolvent healthcare and pension systems, in addition to its debt.

Late on Friday the Puerto Rico government offered to pay its senior creditors around 50 cents on the dollar as part of efforts to address its economic crisis.

The offer to holders of constitutionally backed general obligation and sales-tax bonds provides $16.75 billion to cover a $36.38 billion debt. Bondholders could receive an additional $8 billion if the government receives more money than forecast over the next decade.

But both bondholder groups quickly rejected it early on Saturday.

"The commonwealth's proposal is not a credible starting point for negotiations," said Andrew Rosenberg, an adviser to general obligation bondholders, in a written statement Saturday. He said the offer is based on a fiscal plan that has "many errors and unexplained numbers."

Gov. Ricardo Rossello said Saturday afternoon that talks with creditors continue and he hopes they lead to a solution to Puerto Rico's financial situation.

"I have always looked to do this in a way where all of the parties arrive at an agreement. However, as governor I have a series of instruments, and if I understand that it is in the best interests of the people of Puerto Rico, I will use the instruments in my possession," Rossello said.

AP and Reuters contributed to this report.