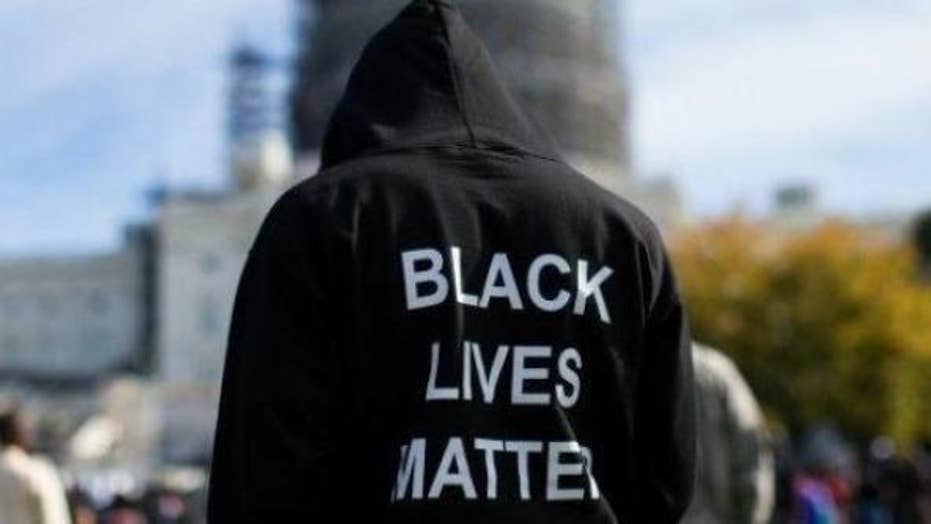 NYC chapter of Black Lives Matter threw an 'exclusively black' Memorial Day party because it felt a safe space was needed for people to be 'unapologetically black.' Tucker takes on this party #Tucker

LIVINGSTON, N.J. – Activists are imploring New Jersey lawmakers to demand a college rehire an instructor who was fired last month after officials said she made racially insensitive remarks during a Fox News interview.

About a dozen protesters, including members of Black Lives Matter, showed up at a Thursday night meeting of county legislators to discuss former Essex County College adjunct professor Lisa Durden, who also attended.

Durden presented the board with a petition of 2,500 signatures supporting her, NJ.com reported. The legislators, known as freeholders, do not have hiring or firing authority at the college, although they appoint the college's trustees.

The board will ensure the college knows about the petition, Freeholder President Britnee Timberlake said.

The school has defended its decision to fire Durden, with college President Anthony Munroe saying "racism cannot be fought with more racism."

Essex County College fired Durden in June after she made the remarks on "Tucker Carlson Tonight," defending a Black Lives Matter event that only invited black people.

Durden said, "You white people are angry because you couldn't use your white privilege card to get invited to the Black Lives Matter's all-black Memorial Day Celebration."