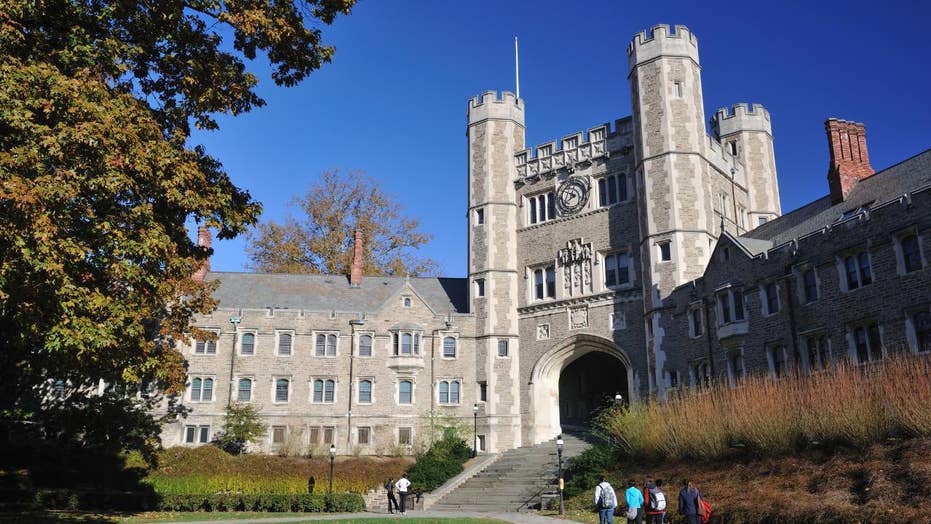 Princeton to students: Be any gender or genders you want

Princeton University is giving its students the option of picking a gender or, reportedly, several genders.

The Ivy League’s student services interface, known as TigerHub, allows -- but does not require -- students to select one or more of the following: “Cisgender," "Genderqueer/gender non-conform[ing]," "Trans/transgender," "Man," "Woman," and "Other”.

“Students use TigerHub to provide the University with personal information on a confidential basis,” a university spokesman told Fox News.  “This information includes emergency contacts, their preferred name, and, if they wish to provide it in response to an optional question, the gender with which they identify.”

Princeton students can choose to be both male and female.

“You may select multiple gender identities,” the form reads. “Your gender identity is confidential and is not generally available.”

Princeton is not alone. More than 50 colleges or universities allow students to choose their genders without documentation of medical intervention, the Washington Post said.

Besides being male and female simultaneously, some schools offer students the option of creating their own designated pronouns. One such school is the University of Michigan.

In response to that option -- and as a protest against it -- one undergraduate chose “His Majesty.” Reportedly, some of His Majesty’s professors now address this student according to the royalty he identifies as.

Academics and activists are divided over the legitimacy of the relatively recent distinction between sex and gender.

“The idea that sex and gender are distinguishable is just not true. It’s a lie,” Chris Gacek, senior fellow at the Family Research Council, told Fox News.

“The purpose of the distinction ultimately is eliminating the difference between the sexes.”

But Susan Maasch, director of the Trans Youth Equality Foundation, praised the elite school for implicitly endorsing the distinction between sex and gender.

“The Ivy League schools have all taken a big role in helping trans students,” she told Fox News. “It starts there and trickles down to other students.”