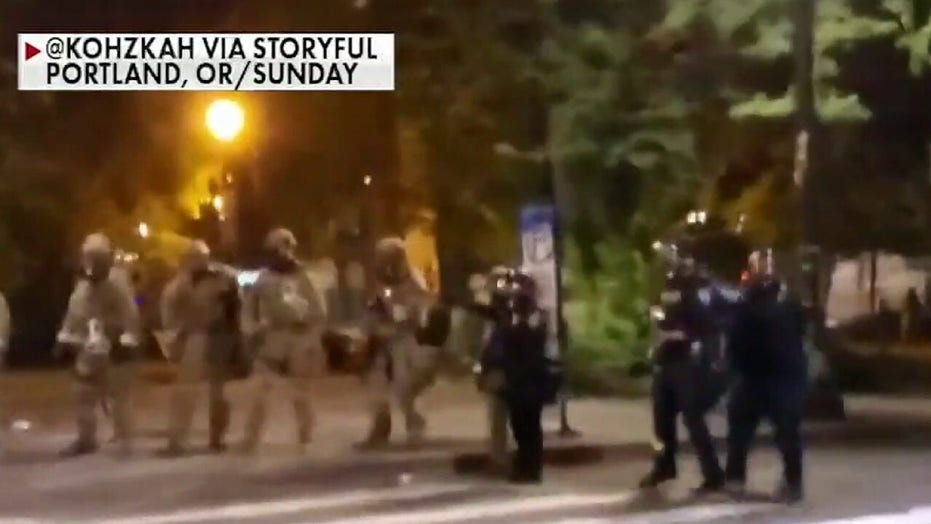 Portland has been gripped by protests that have frequently turned violent; Jonathan Hunt reports

A protester in Portland was arrested Monday after police say he used a “wrist rocket” to launch a metal ball that struck a city medic in the chest who was working with police at the scene, reports said.

Jesse Bates, 37, was arrested and charged with third-degree assault among other charges, KATU.com reported. Police said Bates was nabbed in possession of a crowbar, knife, gas mask, pyrotechnics and slingshots, according to the report.

The Portland Fire & Rescue employee suffered bruising, the report said. The alleged incident occurred at about 2 p.m. OregonLive.com reported that police were forced to chase the man and eventually employed less-than-lethal force to stop him.

Mayor Ted Wheeler,  a Democrat, appealed for calm the night before.

“Portland continues to be used as a staging ground for violence night after night,” Wheeler tweeted. “This is causing unprecedented harm to our communities, livelihoods, and Portlanders continue to fear for their safety.  My main concern is this: that the continuing violence will lead to further injuries or even deaths.”