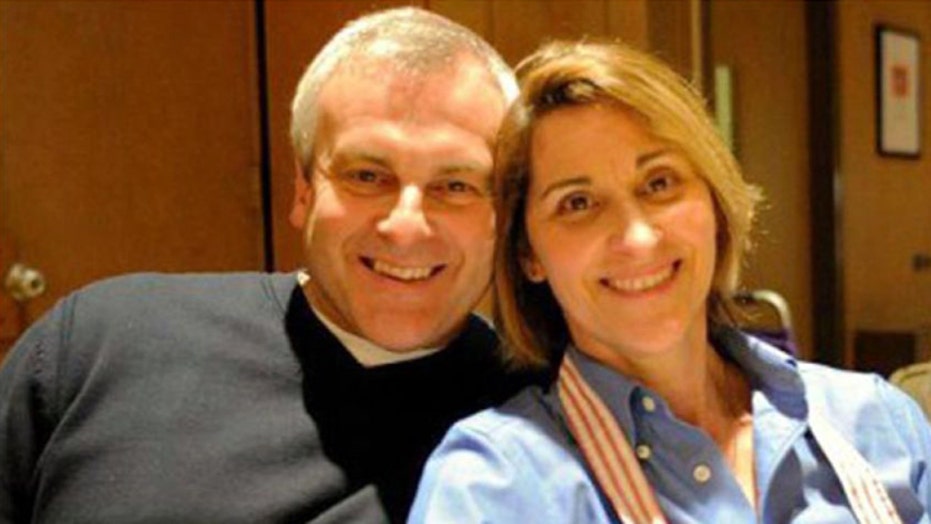 Missing father accuses son of framing him for murder

A Connecticut couple vanished nearly three weeks ago, but no major clues have turned up to help police unravel the baffling disappearance, Fox CT is reporting.

Jeffrey and Jeannette Navin, of Easton, were last seen by co-workers on Aug. 4 and their family reported them missing three days later, the station reported Saturday.

Over the past week State Police detectives searched a 186-acre landfill. The search has turned up no human remains up to this point, a State Police spokeswoman said Saturday.

“The Putnam Ash Residue Landfill was searched in an effort to rule it out as a possible location,” Trooper Kelly Grant said, according to Connecticut Post. “State Police Detectives are conducting searches, gathering evidence, and following leads to determine the whereabouts of the Navins.”

Neighbors say they haven’t seen the son, his wife or their dogs in about a week, Fox CT said.

State police declined to comment Friday when asked if the son also was considered missing, the Associated Press reported.

Jeffrey Navin, 56, and his 55-year-old wife own a pickup that was found abandoned Aug. 9 in a commuter parking lot off the Merritt Parkway near exit 42.

Sources said the vehicle contained evidence that was sent to a state forensic lab for analysis and led investigators to ramp up the investigation, according to the Hartford Courant.