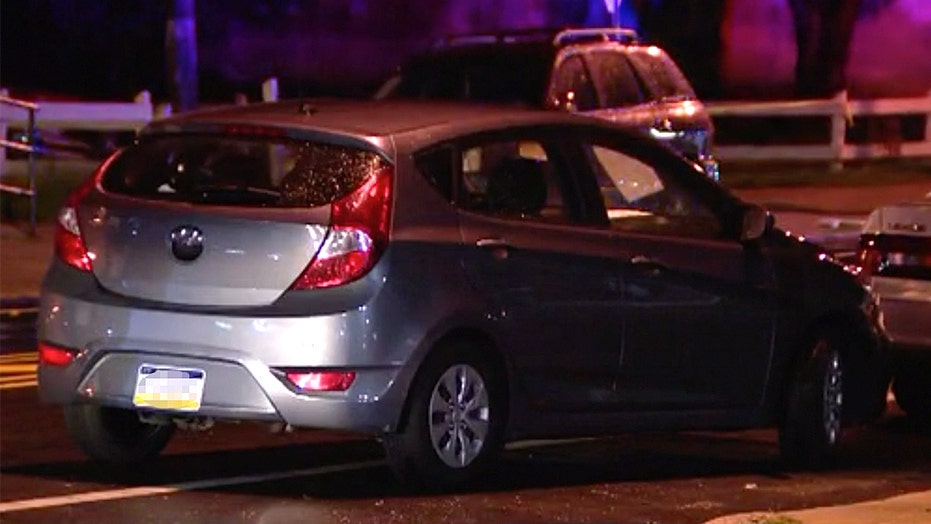 A sudden outburst of mob justice Thursday night in Philadelphia ended with a carjacker dead and a 25-year-old man being questioned by police Friday after the thief's attempt to snatch a running vehicle -- with the man's children inside -- reportedly went awry.

Officials said an unidentified 25-year-old woman was traveling with her three children Thursday when she stopped outside a pizza shop on 29th and Dauphin St. at about 9 p.m. to visit her boyfriend, who worked at the pizzeria, according to WCAU.

When she went inside, the woman reportedly left her car running with her three children -- a 7-month-old, a 1-year-old and a 5-year-old -- inside.

Police say a women left her car running with three small children outside a pizza shop on 29th and Dauphin St. at about 9 p.m. (Google)

That’s when police say a 54-year-old man entered the car and took off.

Investigators say the boyfriend, who is the father of two of the children, chased the suspect on foot and was able to catch up to the car when it got stuck in traffic.

“He fled on foot about a half a block. And the boyfriend caught up to him and there was some sort of physical struggle that ensued," Small said. "Then other males from the neighborhood intervened and began punching and kicking the male who took the vehicle."

About an hour after the carjacking occurred, emergency services arrived on the scene and found the carjacker unconscious, WCAU  reported. He was taken to Temple University Hospital and pronounced dead.

The mother and father were taken in for questioning and police say they're cooperating. Authorities have not said if charges will be filed, a decision the District Attorney’s Office will make.