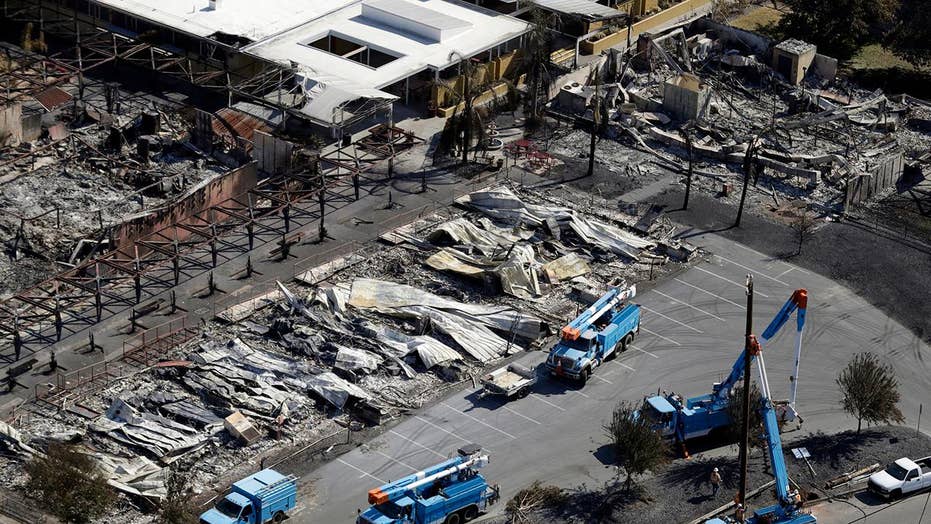 Amid concerns of a “historic wind event," California’s largest energy provider, Pacific Gas & Electric (PG&E), is preparing to potentially shut off power for an estimated 850,000 households -- or 2.5 million people -- across 36 counties in the state for 48 hours or more this weekend, the company said in a statement.

PG&E said Friday areas in Northern California that could lose power from Saturday afternoon onwards include Humboldt, the Sierra foothills, Western Sacramento Valley, the San Francisco Bay Area, Monterey Bay and the northern Central Coast. Customers in the company's southernmost region -- such as Kern County, which includes Bakersfield, could have their power shut off Sunday.

SECOND ROUND OF POWER OUTAGES BEGINS IN CALIFORNIA AMID WILDFIRE CONCERNS

“We understand that a longer shutoff would be very difficult for our customers. We are already working to minimize the length, including amassing a force of field personnel from PG&E, plus contractors and other utility companies, to be ready to tackle the inspection, repair and restoration process as soon as the weather passes,” PG&E Corporation CEO and President Bill Johnson said in a statement.

PG&E has temporarily cut off power to thousands of customers across the state in the last several weeks to mitigate the potential spread of wildfires.

The company said this weekend could be the most powerful weather event in the state in decades with winds up to 70 mph in the mountains.

“The upcoming wind event has the potential to be one of the strongest in the last several years. It’s also likely to be longer than recent wind events, which have lasted about 12 hours or less,” said Scott Strenfel, principal meteorologist with PG&E.

High winds pose a fire risk because it could damage or cause the electrical system to spark, potentially causing a fire helped by dry brush.

The company said they are monitoring the weather and will send notifications if they plan to go forward with the shutoff.