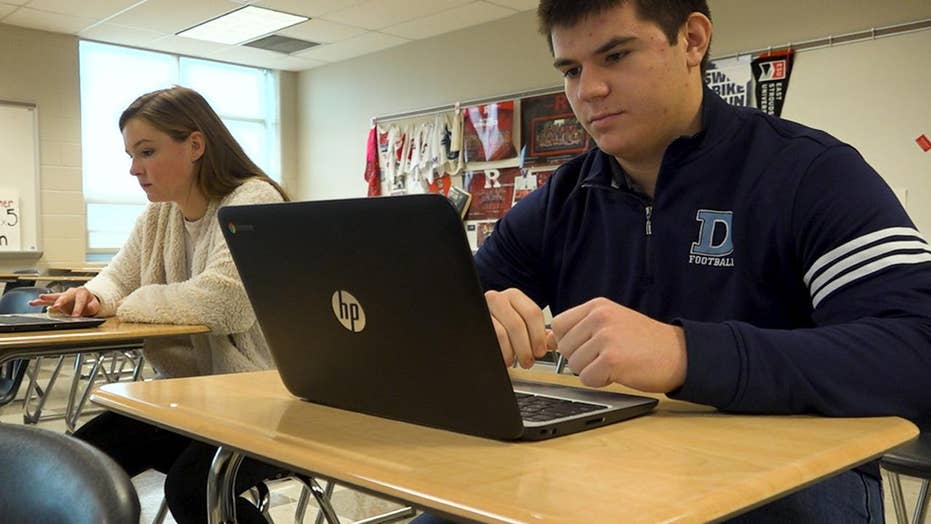 Snow days could be coming to an end. Some schools are saying goodbye to making up snow days during summer vacation. Instead, school districts want students to go to class online, even when school's closed because of bad weather.

HARRISBURG, Pa. -- The possibility of winter weather usually has students hoping for a snow day, but those days could be coming to an end.

Some school districts around the country are keeping kids in class online, even during bad weather.

The third-grader said he already uses computers for science and math class.

“Now we get to do school from home,” he said.

Pennsylvania Gov. Tom Wolf signed Senate Bill 440 into law over the summer, giving schools the option to use up to five flexible instruction days, known as ‘cyber snow days,’ per school year.

“I really think it’s important to give school districts tools to meet the educational needs of their students and allow them flexibility and not a heavy-handed mandate coming down from state government,” said State Sen. Kristin Phillips-Hill, who sponsored the bill.

Schools have to apply to use the program. The Dallas Area school district is one of nearly 90 in Pennsylvania with state approval to start using it this year.

“The reality is all schools are embracing some form of learning platform online,” said Dallas schools Superintendent Dr. Thomas Duffy.

According to Duffy, the school district averages about eight to 10 snow days per year. In the past, those days would be made up over the summer.

“With the blizzard of 2017, we would make up so many days that we would be in school right until the 30th of June. It was just kind of a pain,” high school senior Andrew Molitoris told Fox News.

Duffy explains there was a decrease in attendance during the late make-up days. By then, seniors had already graduated.

"Our thinking is, under the right circumstances, the flexible instruction days will allow for continuity and a logical progression from what was happening in the classroom the day prior," he added.

Some students say they prefer the online option just to have summer start sooner.

Stephen Strang, author of the new book 'God, Trump, and the 2020 Election,' reacts.

“I feel like we are divided. But I don’t think it’ll be much different, because we are all staying at home anyway, since we can’t go anywhere cause of the snow,” said Kristen O’Malley, a senior at Dallas Area High School.

Most school districts in Pennsylvania are following a similar model for cyber snow days. Students in third grade through 12th grade will use Google Classroom to complete assignments.

“We still kind of have the day off. It’s almost like just an extra assignment for our classes that we can do at home,” said Molitoris.

Kindergarteners through second graders will be sent home with a folder the day before.

Meanwhile, teachers are expected to be available by email or online.

“I have my phone and I get my email on it and that’s the world we live in right now. Technologically advanced like that,” said secondary English teacher Matt Samuel.

“When you weigh the pluses and minuses, I think the positives of offering virtual school days outweigh the negatives,” Michael Kozak, a professor at Drexel University told Fox News.

Kozak points out there are some challenges, one being that not every school district has the same resources.

“Some districts have one-to-one where everybody has an iPad or a Chromebook, but a lot of districts do not,” he added.

In Pennsylvania, flexible instruction days can also be used when schools are closed due to construction or threats made against students.