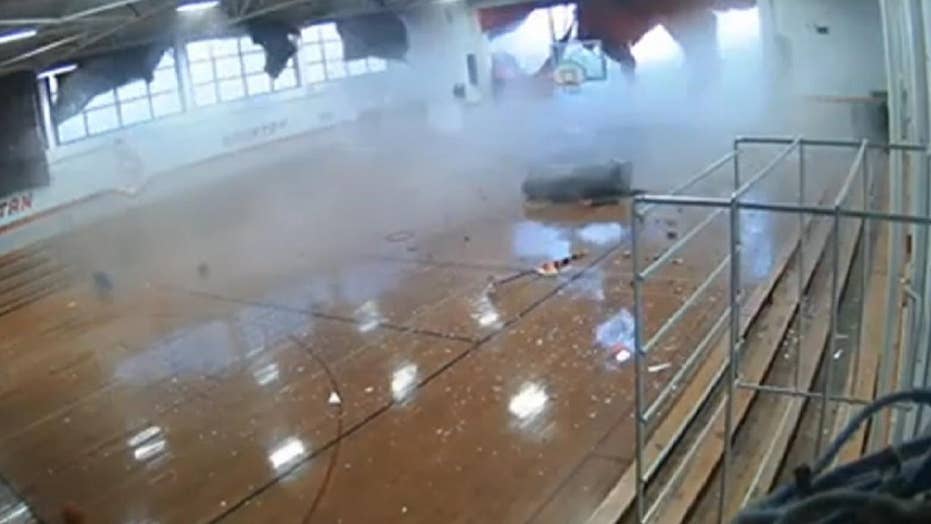 'Microburst' tears the roof off the Union Intermediate Elementary School in Clinton, North Carolina and injures fifth-grade students playing in the gymnasium.