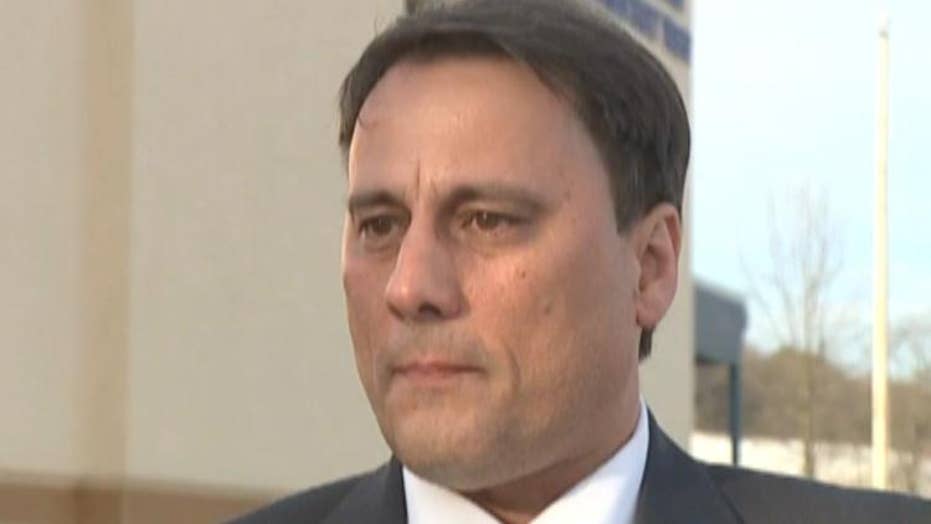 School arms students with rocks in case of shooter

A Pennsylvania school is arming their students with rocks in case of an active shooter lockdown scenario.

Schools nationwide are debating President Trump’s call to arm teachers and security guards with guns – while one Pennsylvania school is getting attention for its last line of defense.

Blue Mountain School District Superintendent David Helsel made headlines recently after testifying to lawmakers at the state capitol that his students could be armed with rocks in case of an active shooter lockdown.

“Every classroom has been equipped with a five-gallon bucket of river stone,” Helsel told lawmakers. “If an armed intruder attempts to gain entrance into any of our classrooms, they will face a classroom full students armed with rocks and they will be stoned.”

The superintendent told Fox News on Friday he was surprised by the added media attention for something he calls a “last resort.” He said he has received positive support from parents in the community.

Helsel said the school district has a series of safety measures already installed, including cameras and new security locks on classroom doors, as well as armed security and training for staff and students in a program called ALICE, which stands for Alert, Lockdown, Inform, Counter, Evacuate.

But if an unarmed teacher decides to lockdown a classroom, instead of being passive as they had been trained to do in the past, Helsel said his kids will be empowered to defend themselves.

“Obviously a rock against a gun isn’t a fair fight, but it’s better than nothing,” he said, adding, “I’m not sure why some people feel that it’s more appropriate to be a stationary target under a desk in a classroom rather than be empowered to defend yourself and provide a response to deter the entry of an armed intruder into their classroom.”

Helsel said another district had recommended using golf balls, but he didn’t like that idea because they would bounce around whereas the rocks are shaped in a way to hit and fall after being thrown.

The plan has received mixed reactions from the community.

A senior at Blue Mountain High School supports the idea.

"It matters because it will help protect the schools, anything helps, rocks are better than books and pencils,” he told WNEP.

“At this point, we have to get creative,” one parent said. “We have to protect our kids first and foremost. Throwing rocks? It's an option.”

But not everyone thinks it’s a good idea.

Helsel said, while the teachers are not armed, the district is looking for volunteers at the school on maintenance staff to be properly trained and armed, adding that he hopes they never have to use any of the safety measures.