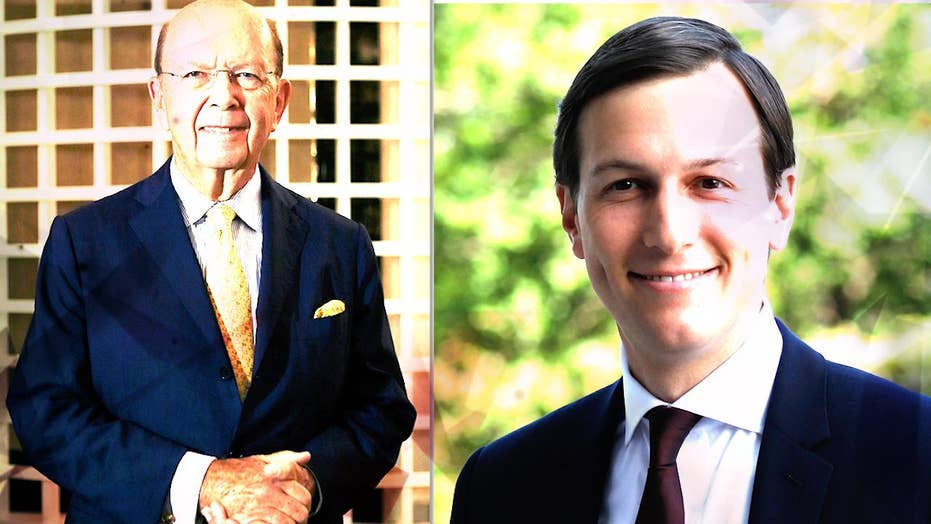 What are the Paradise Papers?

The bombshell Paradise Papers are reportedly implicating key members of the Trump administration. Watch the video to find out the major players and how the papers could impact them

On Nov. 5, one of the largest data leaks in history revealed the offshore endeavors of some of the world’s most influential people. Here’s what you need to know about the Paradise Papers, so named because many of the offshore assets are held in tropical places like Bermuda.

The leak, which is one of the biggest in history and comes about 18 months after the Panama Papers leak, exposes how these companies and individuals “avoid taxes through increasingly imaginative bookkeeping maneuvers,” according to the International Consortium of Investigative Journalists, a global network of more than 200 investigative journalists in 70 countries who collaborate on in-depth investigative stories, according to its website, which has access to the documents.

Most of the leaked files come from an offshore legal firm called Appleby, which was founded in Bermuda but has offices in Hong Kong, the Cayman Islands, Shanghai, and other locations. The firm is a part of an informal group of the world’s leading offshore law practices, according to ICIJ.

In a statement after the documents were leaked, Appleby said it was “satisfied that there is no evidence of any wrongdoing,” adding that it is “subject to frequent regulatory checks, and we are committed to achieving the high standards set by our regulators.”

How were they leaked?

A German newspaper called Süddeutsche Zeitung first obtained the leaked documents from an unnamed source. But given the size of the leak and everything they entail, the news outlet later shared them with ICIJ.

Some of the world’s biggest news outlets -- like the New York Times, the Guardian,  the BBC, and more -- also have access to the documents because they are partnered with the ICIJ.

What do they entail?

The Paradise Papers show the offshore assets of big-name companies and wealthy individuals.

The documents reveal that Queen Elizabeth II, for example, has millions of dollars invested in offshore holdings in the Cayman Islands and Bermuda, according to the ICIJ.

In a statement to the BBC, a spokesperson for the Duchy of Lancaster, the Queen’s private estate and portfolio, said: "The Duchy has only invested in highly regarded private equity funds following a strong recommendation from our investment consultants. We operate a number of investments and a few of these are with overseas funds. All of our investments are fully audited and legitimate,” the spokesperson said, adding that "The Queen voluntarily pays tax on any income she receives from the Duchy."

Billionaire investor Wilbur Ross divested himself of most of his business interests before he became President Donald Trump’s Commerce Secretary. But Ross still has a stake in shipping company Navigator Holdings, the documents reveal, according to the ICIJ.  Ross previously served on Navigator's board and has been a shareholder in the company since 2012, according the ICIJ. But controversy surrounding Ross’ investment sparked after it was reported that Sibur, a Russian energy company, is one of Navigator’s biggest clients.

The Paradise Papers also reveal that Queen Elizabeth II has offshore assets in the Cayman Islands and Bermuda. (Alastair Grant/ The Associated Press)

Sibur is co-owned by Kirill Shamalov, Russian President Vladimir Putin’s son-in-law, and Gennady Timchenko a billionaire the U.S. sanctioned in 2014 because of his links to Putin, the ICIJ reported.

In a statement to Fox News, a Department of Commerce spokesperson said that the billionaire “recuses himself from matters focused on transoceanic shipping vessels, but has been supportive of the Administration’s sanctions against Russian and other entities.”

“Secretary Ross was not involved with Navigator’s decision to engage in business with Sibur, a publicly traded company, which was not under sanction at the time and is not currently. Moreover, Secretary Ross has never met the Sibur shareholders referenced in this story and, until now, did not know of their relationship,” the spokesperson added.

But the fact Ross is tied to the Paradise Papers is “horrifying,” Brooke Harrington, a certified wealth manager and Copenhagen Business School professor who is the author of ‘Capital without Borders: Wealth Managers and the One Percent,’ told Fox News on Wednesday.

“If he were just a private citizen it would be worrying, but the fact he is of his level is horrifying,” she said. “He will make policies that protect his assets, but [negatively] affects the rest of us.”

Overall, more than a dozen Trump advisers, Cabinet members and major donors were named in the documents, according to the ICIJ.

In addition, the documents also reveal that Madonna has shares in an offshore medical supplies company, and pop singer Bono had shares in a company registered in Malta that invested in a shopping center in Lithuania, the records show, according to the ICIJ. However, the company Bono invested in reportedly closed in 2015.

A spokesperson for Bono said that the singer was a “passive, minority investor” in the company, according to the ICIJ.

Fox News cannot independently verify what the documents reveal because we do not have access to them.

Why are the Paradise Papers controversial?

“The law doesn't apply to ultra rich people like it does to the rest  of us,” she said. “I called it cheating because it’s not illegal. But like infidelity, it hurts people.”

She explained that when very rich people take their assets offshore, they’re putting themselves outside the reach of laws “they don’t like.”

“If you’re rich enough you can avoid paying taxes and creditors, trade sanctions, and more --  all without technically breaking the laws,” she said, adding that some individuals who live in countries that don’t have income taxes (like Qatar and Kuwait, for example) often use offshoring for inheritance purposes as opposed to tax purposes.

Offshoring is also a way for some individuals or companies to do business with Iran in light of the trade embargo, she said.

But Harrington said that when wealthy people have offshore assets, it has many economic and political repercussions for everyday citizens -- like putting a heavier burden on “honest taxpayers,” she said. She compared offshoring to a person who skips out on a bill at a restaurant, thus making everyone else’s share more expensive.

Harrington said that the IRS once estimated that U.S. taxpayers have to pay an extra 15 percent because of the offshoring industry.

“When rich people use this system, they’re ripping us off economically,” she said. “They’re getting the benefits of society but not paying their fair share.”

While offshoring is controversial, it’s typically not illegal, she said. That’s because the asset complies with the local tax law in the country of its residence. However, those financial laws are often drafted by wealth managers to meet the need of their clients -- putting everyone else at a disadvantage.

What's more, governments of small tax havens -- like the Cayman Islands, for example -- like when wealthy people have offshore assets in their countries because it creates economic stability.

“We’re never going to win the fight in conventional way -- solutions will not come in the form of news law,” she said.

However, Harrington does predict there will be more leaks -- which, in her opinion, is good news.

"In an industry that thrives on secrecy, a leak is worth more than 100 investigations,” she said.