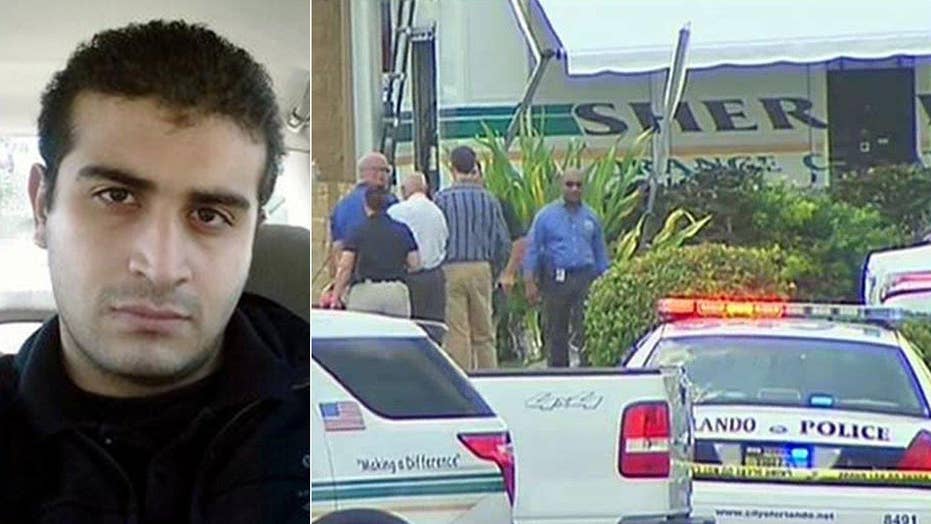 In the hours after he blasted his way into an Orlando gay nightclub, and with his victims lying dead or wounded around him, Omar Mateen took to Facebook to pledge his loyalty to ISIS and threaten more attacks on the civilized world, a key lawmaker privy to the gunman’s posts told FoxNews.com Wednesday.

Mateen, who killed 49 people and wounded 53 inside Pulse early Sunday, died when a SWAT team stormed the club. But in the roughly four hours between his initial rampage and his death, the 29-year-old radicalized Muslim broadcast his twisted message of hate on social media, according to Senate Homeland Security Chairman Ron Johnson, R-Wisc.

“I pledge my alliance to (ISIS leader) abu bakr al Baghdadi..may Allah accept me,” Mateen wrote in one post early Sunday morning. “The real muslims will never accept the filthy ways of the west” …“You kill innocent women and children by doing us airstrikes..now taste the Islamic state vengeance.”

Mateen’s social media accounts were taken down before they could be widely viewed by the public, but Johnson’s committee investigators have uncovered some or all of them. The senator has also written a letter to Facebook executives expressing concern about Mateen’s postings and asking for more information on his activities.

“It is my understanding that Omar Mateen used Facebook before and during the attack to search for and post terrorism-related content,” read Johnson’s letter. “According to information obtained by my staff, five Facebook accounts were apparently associated with Omar Mateen.”

The posts uncovered by Johnson’s committee shed light on Mateen’s actions in the hours that followed his 2 a.m. raid on the nightclub. Mateen, armed with a Sig Sauer MCX rifle and a handgun, shot his way past an off-duty cop and sprayed bullets throughout the club, which was packed with more than 300 revelers when he arrived. Some escaped, many died or were wounded and scores more waited out the horrific ordeal, knowing each moment could be their last.

As survivors cowered in darkened rooms, praying and texting police and relatives, Mateen accessed his Facebook account to search for media reports, using search words such as “Pulse Orlando” and “Shooting.” An FBI source told FoxNews.com he also made 16 phone calls from inside the club after the bloody spree began. Investigators are tracking down each of the recipients of those calls.

In his final post, Mateen made an ominous prediction.

“In the next few days you will see attacks from the Islamic state in the usa.”

Besides looking for information on himself, Johnson noted Mateen used Facebook to search for information on the jihadist couple behind the Dec. 2 San Bernardino attack, used the search term “Baghdadi Speech,” and scouted for posts by local law enforcement and FBI, Johnson told FoxNews.com.

Johnson called on Facebook to hand over all information the company has on Mateen for review and to brief his committee on all of Mateen’s activity logs, Facebook timeline information, Facebook messages, photos, and posts by June 29.

Facebook officials confirmed to FoxNews.com they have received Johnson’s letter.