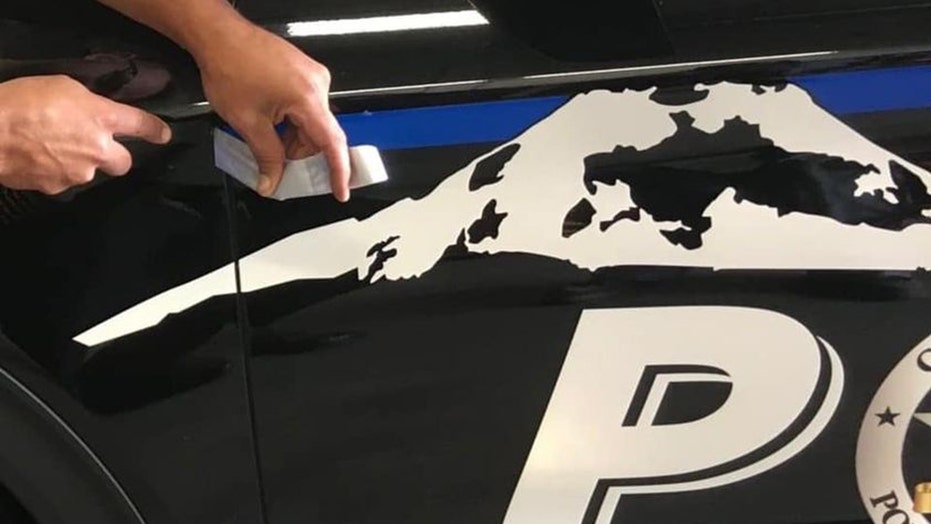 An Oregon police department has announced the removal of thin blue line vinyl decals from its patrol cars, saying they have become a divisive symbol to some in the community.

The decals run along the sides of 29 Bend Police Department vehicles from door to rear. Work on removing them began last week.

Police Chief Mike Krantz said the blue line was originally meant to represent a blue horizon behind the mountain graphics on the patrol cars, but in light of recent events, that meaning was being interpreted differently, KTVZ reports.

"The intent of the blue line with the black background is, of course, for current law enforcement is the memorial, the ultimate sacrifice of giving your life and service of your community," Krantz told the station Thursday.

"Some community members view it as an important piece on our cars, others view it as a barrier between the police and the community, so it’s my role to evaluate that and look at how we can best serve the entire community," he said.

The station reported interviewing Bend resident Mikki Slaska, who said they understand why the decision to remove the blue line was controversial.

“Even if the symbol has been around longer than these protests have gone on, I think it’s been picked up by people for a different reason, and that seems like why they would take it away," Slaska said. "Because it no longer stands for what it used to.”

On Facebook, the police department said, “the divisive use of the thin blue line symbol to fit a narrative unassociated with our department or what we stand for, has unintentionally created an ongoing divide between some members of our community and the police officers who serve them.”

“In the spirit of mending divide, being inclusive with the community we serve, and to continue to build trust within our entire community, our current and future vehicle graphics package will no longer contain a blue line,” it said.

The department said moving forward it would seek a new design that incorporates a way to honor first responders who died in service to their communities.