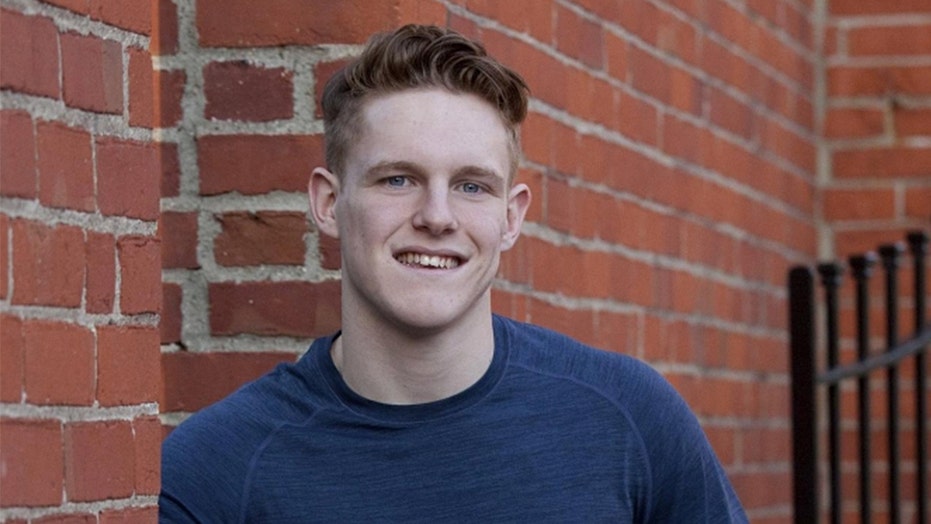 Nine people and a local business have been indicted in the death of an Ohio University student who died last year after allegedly being hazed by members of the Sigma Pi fraternity, officials announced.

Collin Wiant was 18 years old in November 2018 when he died from asphyxiation due to nitrous oxide ingestion after he inhaled gas from a can, which his family says was forced on him by frat members at an off-campus party.

Athens County Prosecutor Keller Blackburn announced on Tuesday that nine people — including seven former members of the Sigma Pi branch — were indicted in his death, The Columbus Dispatch reported.

Collin Wiant, 18, died in November 2018 from asphyxiation due to nitrous oxide ingestion. His family claims the nitrous oxide was forced on him by Ohio University Sigma Pi fraternity brothers. (Wiant family)

Most of the defendants face drug- or alcohol-related charges, such as permitting drug abuse or trafficking in cocaine, LSD or harmful intoxicants. Five are charged with misdemeanor hazing, two former students are indicted for involuntary manslaughter and another was charged with reckless homicide.

Silver Serpent was also listed in the indictment. Wanke, 25, worked at the store, located in Athens, that sold the nitrous oxide that Wiant inhaled.

Nine people, including seven members of the Sigma Pi fraternity, were indicted Tuesday by the Athens County prosecutor's office in connection with Wiant's death. (Wiant family)

Kathleen Wiant, the 18-year-old's mother, described Tuesday as "an important day in the process of making change, to change behavior and make sure this doesn’t happen to any other families."

"We’re out to save lives and to do that we need to make sure that we bring justice," she told the Dispatch. "But especially today we understand that there are no winners, and that is heavy on our hearts.”

Wiant's family has sued Sigma Pi — both the local chapter of Sigma Pi Fraternity and the fraternity's Lebanon, Tennessee-based national office — following Collin Wiant's death. Filed in February, the lawsuit claims Wiant was beaten with a belt, pelted with eggs, deprived of sleep, and forced to take drugs and drink a gallon (3.8 liters) of alcohol in an hour.

The fraternity has denied the allegations and has said Wiant wasn’t a pledge at the time because he had been removed from the process weeks earlier because of a sexual assault allegation.

Ohio University expelled Sigma Pi from the school earlier this year for hazing, alcohol and drug use.