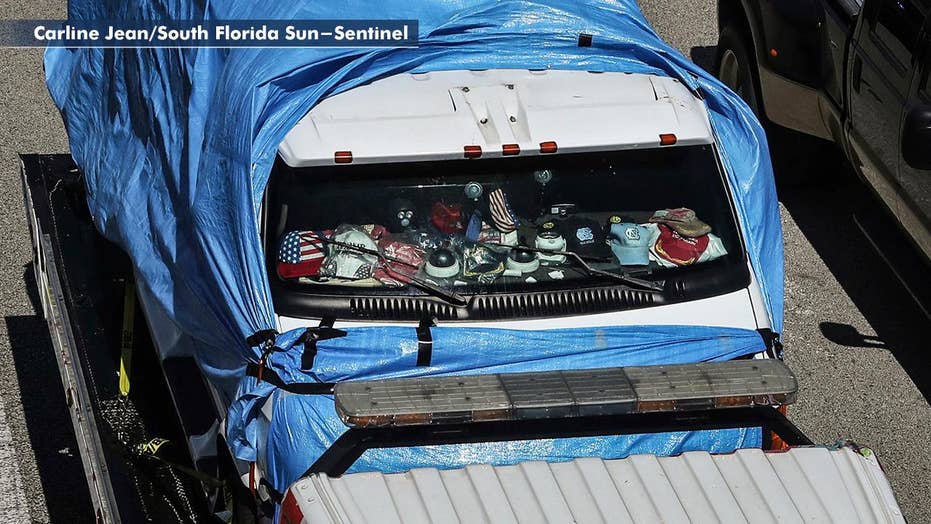 Cesar Sayoc had over 100 names written on paper found in his van in Florida, law enforcement sources say; Phil Keating reports on the investigation.

MIAMI – Law enforcement officials aren't sure whether they've discovered the last of the pipe bombs mailed to prominent Democrats and other opponents of President Donald Trump. They've said the packages were staggered, and more could be somewhere in the U.S. mail system.

What's more, an official tells The Associated Press that the man suspected of sending the bombs kept a list of apparent targets.

As 56-year-old Cesar Sayoc was ordered held in Miami on Monday, bomb squads responded to a suspicious mailing to CNN headquarters in Atlanta said to be similar to the pipe bombs recovered last week.

In this courtroom sketch, Cesar Sayoc, left, appears in federal court, Monday, Oct. 29, 2018, in Miami. Sayoc is accused of sending pipe bombs to prominent Democrats around the country. A judge will hold a hearing Friday on whether Sayoc can be released on bail. (Daniel Pontet via AP)

The official said authorities had recovered soldering equipment, a printer, and stamps after arresting Sayoc. Authorities believe he was assembling explosives in his van. The official wasn't authorized to discuss the investigation and spoke on condition of anonymity.