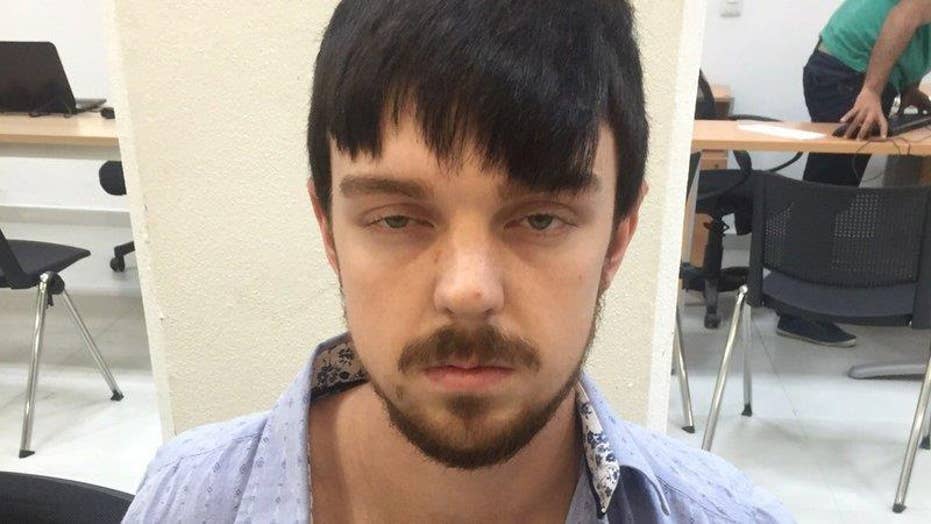 Officials say Ethan Crouch skipped a meeting with his probation officer and held a going away party before fleeing to Mexico.

The teen fugitive whose "affluenza" defense during his trial for a fatal drunken-driving crash brought shock and scorn was granted a delay against deportation from Mexico on Wednesday morning.

An official with Mexico's Migration Institute told an Associated Press reporter about Ethan Couch's court injunction. The official spoke on condition of anonymity because he or she wasn't authorized to be quoted by name.

Known as an "amparo," or protection, such appeals try to block a
government action. In this case, Couch's attorneys are asking a judge to prevent authorities from deporting him or holding him without contact with lawyers, family members or visitors.

The stay was initially reported to last three days; however, U.S. Marshall Chief Deputy Richard Hunter cast some doubt on that timeline during a Wednesday afternoon press conference.

Hunter said there were several attorneys listed on the amparo.

Couch went on the run after an apparent parole violation, and was accompanied by his mother, Tonya Couch. The pair were originally scheduled to be sent back to the U.S. on Wednesday but were instead being held at immigration offices in Guadalajara.

Late Wednesday, Couch reportedly was deported from Mexico to the U.S.

The official spoke on condition of anonymity because he or she wasn't authorized to be quoted by name.

The official told the AP that Couch was sent home because immigration authorities did not receive a judge's injunction like the one that temporarily blocked the deportation of her son.

A Mexican immigration official said late Wednesday the 18-year-old is being transported from Guadalajara to larger immigration facilities in Mexico City.

The official with Mexico's National Immigration Institute told The Associated Press that the teen will be held in the nation's capital during a judge's temporary injunction that has delayed his deportation to the U.S.

The official said the decision to move Couch was made because the Mexico City facility is larger and better equipped to hold someone for days or weeks.

The official did not say whether Couch is being transported by air or ground.

The next step involved a Mexican federal judge ruling on whether Couch's appeal is well-founded. If the judge rules in Couch's favor, there could be a trial process in Mexico that can last for weeks or even months.

Such appeals are unique in Mexico because they are precautionary. In this case, authorities would be prevented from moving forward with Couch's deportation until the issue of whether deportation would violate his rights is resolved.

"You don't see amparos a lot for Americans that get caught in this situation," Hunter said.

The mother and son had earlier Wednesday filed a legal writ to remain in Mexico, the Fort Worth Star-Telegram reported Wednesday morning. The pair had been on the run for several weeks after it appeared Ethan may have violated his parole.

“They’re trying to fight being brought back somehow,” Sheriff Dee Anderson said. “It’s just a continuing string of what we’ve seen all along. We're patient people. We’ll be waiting.”

Ethan Couch was driving drunk and speeding on a road south of Fort Worth in June 2013 when he crashed into a disabled SUV off to the side, killing four people and injuring several others, including passengers in his pickup truck.

During the sentencing phase of Couch's trial, a defense expert argued that his wealthy parents coddled him into a sense of irresponsibility — a condition the expert termed "affluenza." The condition is not recognized as a medical diagnosis by the American Psychiatric Association, and its invocation drew ridicule.

Couch would then face up to 120 days in an adult jail, followed by 10 years' probation. If he violates probation, he could face up to 10 years in prison per death, Wilson said.

If the judge declines to transfer Couch to adult court, Wilson will ask that his probation be revoked, in which case he could be held in a juvenile facility until his sentence expires when he turns 19 next April.

Anderson said an arrest warrant was being issued for Tonya Couch on charges of hindering an apprehension, a third-degree felony that carries a sentence of two to 10 years in prison.

The sheriff has said he believes mother and son fled in late November after a video surfaced that appears to show Couch at a party where people were drinking. Authorities had begun searching for Couch and his mother after he missed a mandatory appointment with his probation officer on Dec. 10.