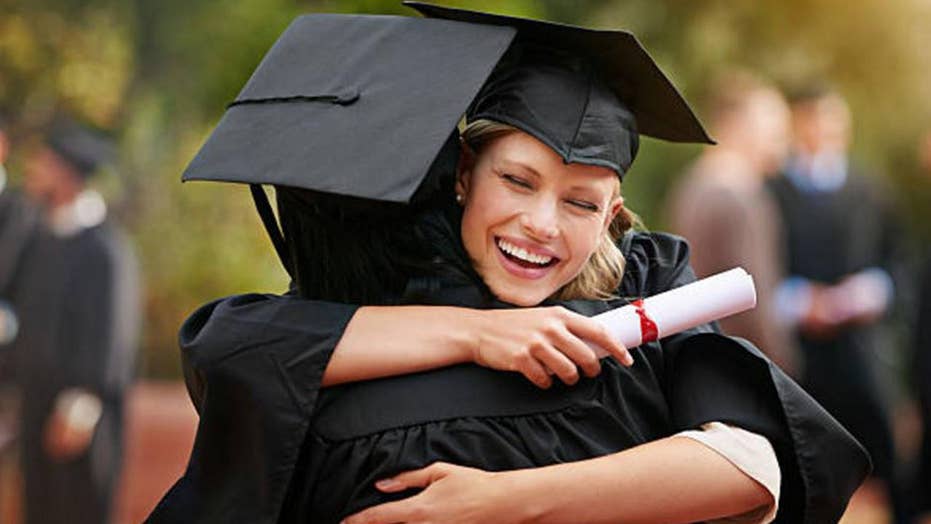 New York to become first US state to implement tuition-free for state colleges and universities. Prospective student’s whose families make less than $100,000 are eligible

They say there’s no such thing as free lunch, but what about free college? New York Gov. Andrew Cuomo announced just that – “the nation’s first tuition-free college program for middle class families,” as he put it.

At 11AM: @HillaryClinton is joining me to sign free public college for middle class New Yorkers into law today. Join us live on Facebook. pic.twitter.com/OoAuoN5542

Proposed by Gov. Cuomo in January, the “Excelsior Scholarship” was included in the state’s budget and passed into law by the New York state legislature on April 9th. Three days later, Hillary Clinton joined the New York governor for a bill signing ceremony. The former secretary of state and New York senator praised the effort, saying “it’s the fastest way to give working and middle class families a raise.”

Touted as a landmark achievement and first-in-the-nation initiative by the Empire State, the program has been heavily criticized by both the left and the right, seemingly satisfying neither side.

The left argues that the scholarship does not go far enough in helping poor students. The right says it will hurt taxpayers, many of whom earn less than the scholarship recipients.

To participate, students must graduate within the traditional two or four year timeline, and they will be responsible for room and board, which can be as high as $12,590 per year for students living on campus and $3,860 for a commuting New York resident. Textbooks, fees and other expenses won’t be covered, either.

Students eligible for free tuition can still receive other scholarships or Pell Grants – but the Excelsior scholarships will only fill in any tuition gap and will not give recipients the full amount.

That’s not all. Upon graduation, students who receive the Excelsior Scholarship must live and work in New York for the same number of years they accepted the funds. That means that students who received four years of tuition owe the state of New York the first four years of their career, otherwise the scholarship turns into a loan. With mobility limited, the initiative could also limit upward mobility. The only exceptions come in the form of deferments, either for extreme hardship or graduate school.

Critics argue that the bill will only place the burden elsewhere.

Mary Clare Reim, a policy analyst in education policy at The Heritage Foundation, wrote that “providing students four years of tuition-free college does not mean that professors have generously decided to forgo their salaries and academic buildings now come rent-free. In fact, it does not even mean that universities have a plan to cut administrative bloat to focus more of their efforts on academics.”

In her commentary in the Daily Signal, Reim argued that though this bill is being presented as a win for middle-class families, the average taxpayer loses.

“Indeed, offering free college to students means that someone else is now paying for it: New York taxpayers, many of whom do not hold bachelor’s degrees themselves and will likely earn less in the future than their college-going counterparts for whom they are now footing the bill.”

The website Inside Higher Ed reported that “critics have argued that New York has not set aside enough funding to cover costs. They say New York's allocation, $163 million over three years, isn’t enough to cover a potential 940,000 families.”

Pointing out further flaws with the bill, Inside Higher Ed contends that “administrators at some of New York’s private colleges and universities – many of which have been critical of the free public tuition program or think it threatens their institutions' futures – have pointed to language in the authorization bill that allows the state’s Higher Education Services Corporation to set up a lottery for awarding scholarships in the event that funding does not match demand. They’ve taken to derisively calling the program the ‘SUNY Powerball.’”

It remains to be seen if any other states will adopt similar laws, going forward.