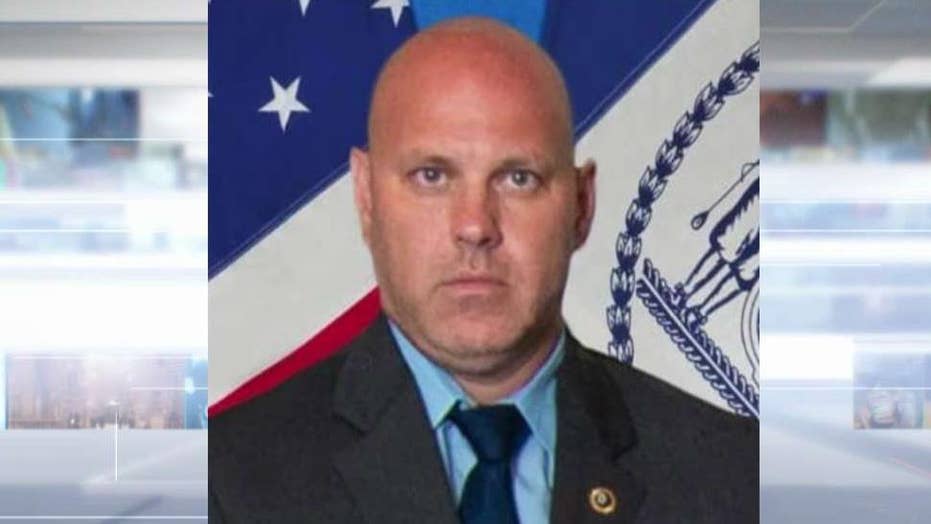 The officers were shot around 6:30 p.m. at a T-Mobile store in the Richmond Hill section of Queens.

The doors of the store were blown out by the gunfire and glass fragments littered the sidewalk. Scores of police officers were at the scene, which was roped off with crime tape.

Sahdil Sahdil, 73, told The New York Times he heard a barrage of popping sounds. Another witness said he heard about six shots followed by 10 or 11 more.

"I told my wife, that thing sounds like a gun!" said Sahdil, who has run a nearby hardware store for more than two decades.

Jason Parodi, 21, told the New York Post he was walking home from a friend's housing when he saw the shooting.

"I think the suspect shot first. Then the police started opening fire. At least 11-12 shots that I heard."

"Then, out of nowhere, I see mad cop cars coming," Parodi said. "They barricaded the whole T-Mobile. They went inside, guns out, they got the suspect out."

A large number of police officers were gathered outside the hospital. Top police officials were also there.

It's the second time a police officer has been shot in the city in the past three months.

In December, a police officer on Staten Island was hit by friendly fire as officers responding to a domestic dispute call shot and killed a man carrying a knife.

Last week, a police officer was hospitalized when a driver used a stolen car to pin her against another vehicle. That officer fired on the driver and wounded her in the chest and torso.