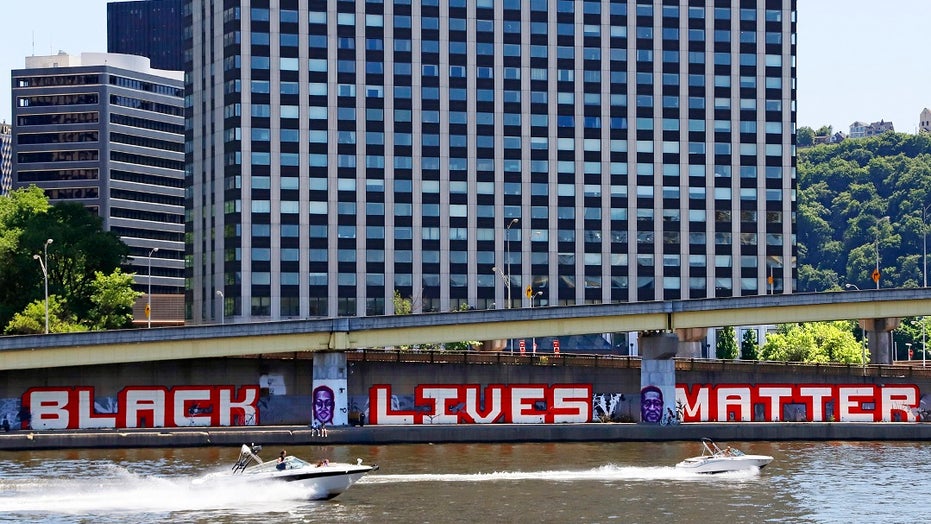 An artist repainted her mural in support of Black Lives Matter in a Brooklyn, N.Y., neighborhood this week after a contractor accidentally painted over it Tuesday, according to media reports.

The worker used green paint to cover the mural Tuesday morning as some onlookers inquired about what she was doing, the Brooklyn Paper reported.

“She didn’t speak much English and I don’t speak much Spanish, but she told me it’s not her choice,” Chris Reynolds, a passerby, told the news outlet.

Avery Hall Investments, the developer that owns the lots adjacent to the construction fence in the Gowanus neighborhood where the work was done, called the incident a “gargantuan misunderstanding.”

“This person did it with no bad intentions," Brian Ezra, a principal at the firm, told the newspaper. "She simply thought that she was doing the work she was supposed to be doing. She did not realize that she was accidentally painting over the artwork."

Ezra said the contractor cleans up graffiti and that Avery Hall did not ask her to paint over the artwork. He said she performed the job because she was under the impression she could recommence work as part of Phase 1 of New York's reopening amid the coronavirus pandemic.

She wasn't aware of what the mural said, he added, because she doesn't speak English. As she covered up the artwork, she was berated by passersby, one onlooker told the newspaper.

"People were berating her and were being rude to her, she was being filmed, and it was very obvious that she was just doing her job and that it’s not her fault, it’s whoever owns this lot’s fault,” Phoenix Lindsey-Hall said. “It was almost a microcosm of white privilege of people going up to a brown woman who’s painting over something for Black Lives Matter.”

Ezra said the firm has no plans to cut ties with the worker.

"We’re not going to release or reveal her name. We wouldn’t want anything bad to happen to her, it’s not like it was her fault,” he said. “We reached out to the artist and expressed how much we appreciated the work she was doing."

Brooklyn-based artist Lexi Bella told News 12 in the Bronx that the mural was of her daughter in support of the Black Lives Matter movement. Similar murals supporting the movement have sprouted up across the country amid protests against police brutality and racial inequality.