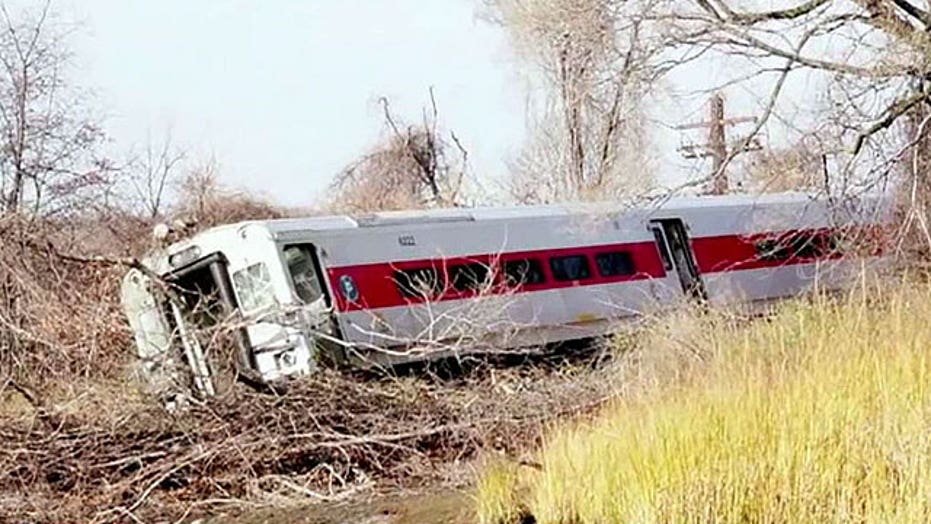 The National Transportation Safety Board has pulled a union representing commuter rail employees from its investigation into the derailment of a Metro-North train that killed four people and injured more than 60 others in the Bronx early Sunday.

The NTSB said late Tuesday that the board removed the Association of Commuter Rail Employees (ACRE) from its status as a participant in the investigation over a press conference held earlier in the day by the union's general chairman, Anthony Bottalico.

At the presser, Bottalico admitted that the train's engineer, William Rockefeller, had dozed off moments before the derailment, which occurred at a sweeping curve in the track near the Spuyten Duyvil station on Metro-North's Hudson Line. The NTSB investigation has determined that the train was going 82 miles per hour in a 30 mph zone at the time of the crash.

"He basically nodded . . . He had the equivalent of what we all have when we drive a car — that is, you sometimes have a momentary nod," Bottalico said. "How long that lasts, I can’t answer that. Only Billy can.

"He caught himself, but he caught himself too late," Bottalico continued. "He put the train in emergency, but that was six seconds prior to derailment.”

According to a statement released by the NTSB late Tuesday, the NTSB invited ACRE and other organizations and agencies to provide technical expertise during the investigation, on the condition that they not reveal or comment on investigative information.

"While we value the technical expertise that groups like ACRE can provide during the course of an investigation, it is counterproductive when an organization breaches the party agreement and publicly interprets or comments on investigation information," said NTSB Chairman Deborah A.P. Hersman in the statement. "Our rules exist to avoid the prospect of any party to an NTSB investigation offering its slant on the circumstances of the accident."

Jeffrey Chartier, an attorney for Rockefeller, said the his client experienced a nod or "a daze," almost like road fatigue or the phenomenon sometimes called highway hypnosis. He couldn't say how long it lasted. Chartier accompanied Rockefeller to his interview with NTSB investigators.

What Rockefeller remembers is "operating the train, coming to a section where the track was still clear — then, all of a sudden, feeling something was wrong and hitting the brakes," Chartier said. "... He felt something was not right, and he hit the brakes."

He called Rockefeller "a guy with a stellar record who, I believe, did nothing wrong."

Alcohol tests on the train's crew members were negative, and investigators were awaiting the results of drug tests, the NTSB said.

On the day of the crash, Rockefeller was on the second day of a five-day work week, reporting at 5:04 a.m. after a typical nine-hour shift the day before, NTSB board member Earl Weener said.

"There's every indication that he would have had time to get full restorative sleep," Weener said.

Weener didn't address specifically what the engineer was doing in the hours before his shift started but said part of the investigation will be creating a 72-hour timeline of his activities.

Bottalico said Rockefeller "never said anything about not getting enough sleep." But he said the engineer had switched just weeks earlier from the night shift to the day shift, "so he did have a change in his hours and his circadian rhythms with regard to sleep."

The New York Post reported that Rockefeller claimed to investigators that the train's brakes malfunctioned prior to the crash, but Weener said that there was "no indication that the brake systems were not functioning properly."

The Post reported that a criminal investigation into the crash has been launched by the Bronx District Attorney's office and the New York Police Department, and Rockefeller could face involuntary manslaughter and reckless endangerment charges. Meanwhile, a 58-year-old woman who suffered near-fatal spinal injuries has filed paperwork to sue the Metropolitan Transportation Authority (MTA), which oversees Metro-North.

The head of the Federal Railroad Administration, Joseph Szabo, blasted MTA over the derailment.

Szabo said  in a letter that his administration and the U.S. Transportation Department "have serious concerns" following the accident and three others that occurred in New York and Connecticut from May through July.

Szabo added that a federal team has been working closely with Metro-North Railroad and the MTA. But he says "immediate corrective action is imperative."

The MTA said the safety of its customers "has always been, and will always continue to be" its top priority.

It said a panel is conducting a comprehensive probe of the "safety culture" throughout the MTA and it looks forward to further work with federal officials.

As of Wednesday morning, 98 percent of the Hudson Line service -- which runs between Poughkeepsie, N.Y. and Manhattan's Grand Central Station -- was restored, according to the MTA.