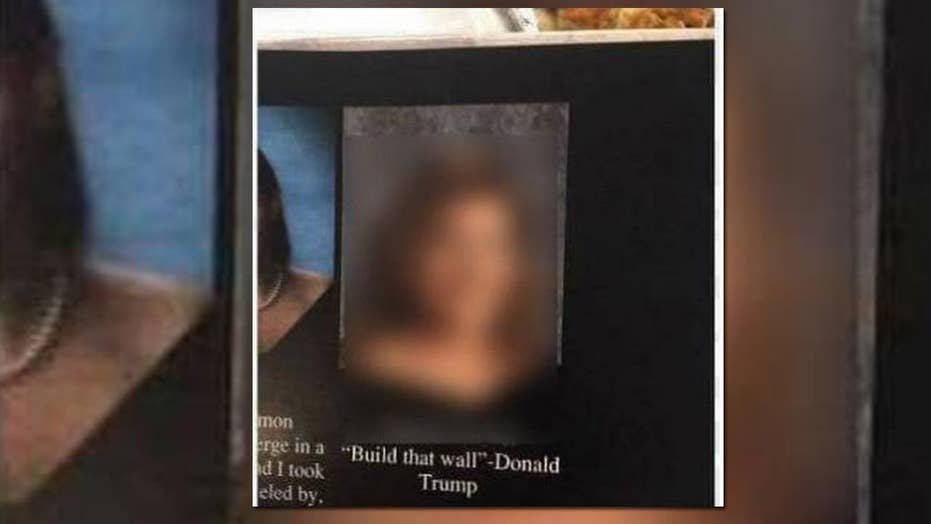 A North Carolina high school had all of its yearbooks over a student’s quote, ‘build that wall’

A North Carolina high school recalled its yearbooks after officials saw a senior's quote which read "Build that wall" ascribed to President Donald Trump -- but the move drew criticism online.

Yearbooks for Richmond Early College High School in Hamlet were recalled because some senior quotes were considered controversial, The News & Observer reported.

"Earlier this week, it was discovered by school administration that Richmond Early College yearbooks had errors and inappropriate comments," the school district said on Facebook Tuesday. "The principal immediately collected the distributed yearbooks."

The school district apologized and said it was working on making corrections with the yearbook publisher.

"As a district, we do not and will not tolerate inappropriate conduct toward any of our students," the post said.

"Only a handful of annuals were distributed before the mistake was discovered by the principal," Thublin said in a statement. "Those were taken back up the same morning and the rest were not distributed."

She did not answer a question from Fox News about which other senior quotes aside from the "wall" one were considered inappropriate.

An image of the senior quote was posted on Facebook Tuesday by user Artney Ellerbe, the Richmond County Daily Journal reported.

"So Richmond county school system allowed this to be printed in their 2017 year book," Ellerbe captioned the post.  "I already knew this city was racist. Get a court date you'll find out. This doesn't surprise me at all." Ellerbe's caption concluded with "#Share."

"I feel that young lady only stood up for her freedom of speech by using the quote of her choice," Charity Davis, a mother of a freshman at the school, told the Daily Journal. "Every senior was given the opportunity to choose a quote. It was her right as an American to choose any quote under the sun."

Thublin said none of the students are being disciplined.

It's too late to get the books reprinted so students are being refunded. They cost $30 to $39 dollars based on time of purchase.