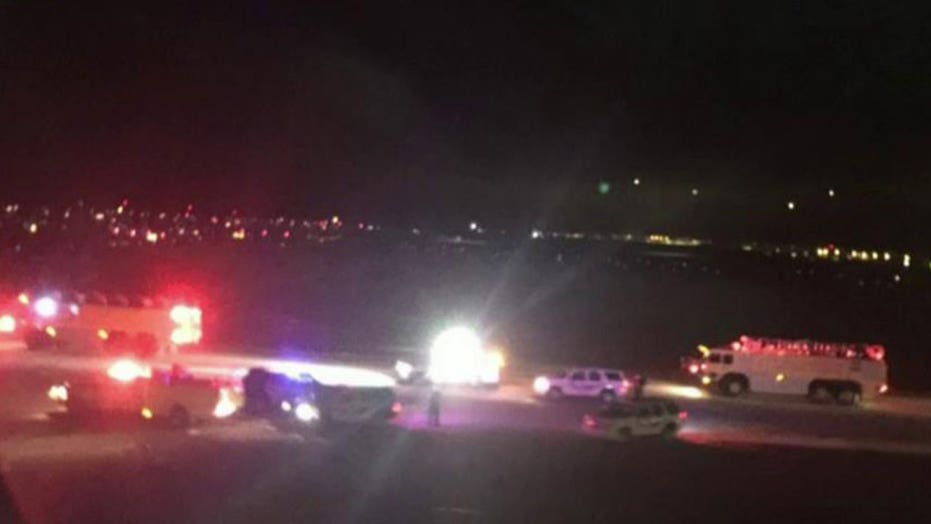 Authorities in the U.S. and Canada cleared two Air France flights bound for Paris from the United States that were diverted late Tuesday after receiving anonymous telephoned bomb threats.

Passengers got off both planes safely and were taken to terminals.

American authorities investigated Flight 65 on the tarmac in Salt Lake City and found no credible threat, according to an FBI statement released late Tuesday night.

Passengers in the Utah airport were boarding their plane again around 11:30 p.m. to continue on to Paris, Salt Lake airport spokeswoman Bianca Shreeve said.

"The flight attendants quickly came by and cleared plates, then there was an announcement that we were making an emergency landing and that the flight attendants were trained exactly for situations like this," Rosso told The Associated Press by phone from the airport in Salt Lake City.

He said he looked at the flight monitor at his seat and saw that "we had made a pretty sharp right turn -- we had been almost near Canada -- toward Salt Lake City."

Rosso said an FBI agent interviewed the passengers after the landing.

In Halifax, the Royal Canadian Mounted Police said investigators found no evidence of an explosive device after they searched Flight 55 and its luggage.

RCMP Constable Mark Skinner said there were 262 people onboard that plane.

"We received a complaint of a bomb threat and we responded to it," Skinner said. No further details on the specific threat were released.

Halifax Stanfield International Airport spokesman Peter Spurway said police cleared the plane. He said passengers will go through Canadian customs, pick up their baggage and be put up at hotels overnight.

"Air France will make a decision as to when it will depart," Spurway said.

The threats came after last week's attacks in Paris that killed 129 people and heightened security concerns around the world. The ISIS terror group claimed responsibility for the atrocity.