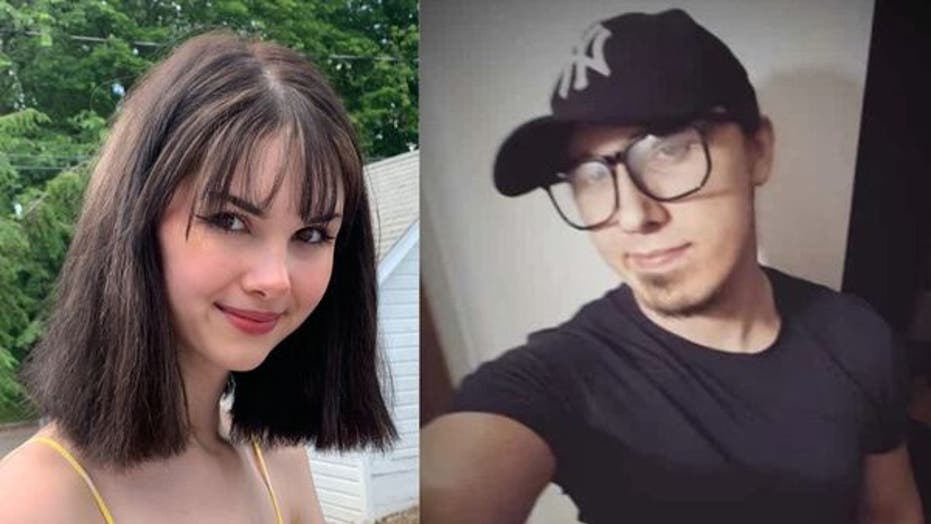 A 21-year-old New York man who allegedly killed his girlfriend and then posted photos of the grisly murder on social media pleaded not guilty Monday.

Brandon Clark was arraigned on second-degree murder charges in the death of Bianca Devins, 17, Syracuse.com reported. Clark was indicted in the slaying July 23 in Oneida County, New York.

Brandon Clark pleaded not guilty on Monday to second-degree murder charges in the death of Bianca Devins.

Utica Police said in a press release July 15 that Clark and Devins met through Instagram in the spring, spent time together and were at some point "acquainted with each other’s families.”

The two are believed to have attended a concert in New York City on July 13 and got into an argument after Devins reportedly kissed another man, investigators said. When they arrived back in Utica on Sunday morning, officials said they drove to a spot on a dead-end street and continued arguing and, at some point, Clark allegedly used a large knife to kill Devins.

Clark was accused of murdering Devins — apparently after she kissed someone else at a concert in New York City, police said. (Oneida County Sheriff's Office)

Authorities began receiving calls reporting the murder after photos of the 17-year-old's body started appearing online. Officers were trying to find Devins when Clark called 911 to report himself, police said.

When police responded, they said Clark was stabbing himself in the neck, causing severe injuries. He then allegedly laid down on a green tarp — under which Devins' body was located — and took selfies before officers took him into custody, authorities said.

McNamara previously told WKTV "the belief is that she kissed somebody at the concert and that's what upset him," but the district attorney said he has "a very hard time understanding how anybody can justify taking another young person's life because they kissed somebody else."

It's also recently emerged that, years before Devins died, Clark's father allegedly held his mother hostage at knifepoint for 10 hours during a standoff with police and a SWAT team, Syracuse.com reported. Court records obtained by the news outlet said the man, Jason Clark, threatened to kill his wife, Michelle, because he thought she was cheating on him.

Clark, who was around 12 years old at the time, was reportedly not present during the incident.

If convicted in Devins' death, Clark faces up to 25 years in prison.