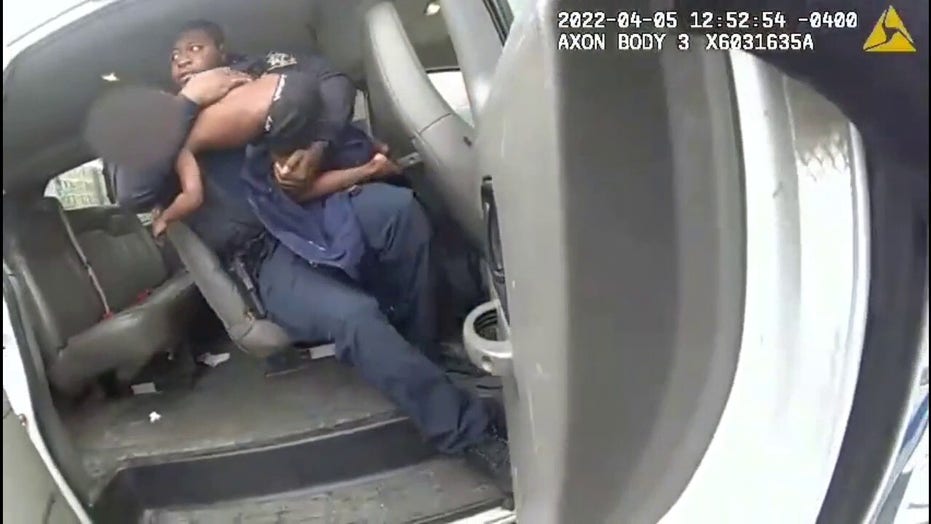 The NYPD said good Samaritans and first responders teamed up to save a Bronx 4-year-old who fell out of a sixth-floor window Tuesday.

A New York City 4-year-old tumbled out of a sixth-floor window in the Bronx Tuesday and is in stable condition after good Samaritans and first responders teamed up to rush him to the hospital, according to city police.

Harrowing video shows neighbors rushing to assist the boy on the ground at 281 East 143 Street, near the Patterson Houses in Mott Haven, around 12:47 p.m. Tuesday.

EMS workers and officers from Police Service Area No. 7 arrived within moments and found the child "conscious and alert," according to authorities. They rushed the child to Lincoln Hospital, just a fifth of a mile away.

He was in stable condition Wednesday evening, according to authorities.

The video shows an officer wrapping the child in a jacket and rushing him to a waiting NYPD van. It then cuts to the driver’s bodycam before showing another officer carrying the child to a waiting stretcher, where FDNY paramedics are waiting with an oxygen tank and medical gear.

Separate cellphone video shared to the Citizen App showed police tape around the perimeter and indicated police had closed the intersection in order to assist the child.

Big Apple apartments housing children under 10 are supposed to be equipped with window bars. The Patterson Houses are operated by the New York City Housing Authority.

"NYCHA is investigating this unfortunate incident and will work with the family to make sure that they have the services they need," a spokesperson told Fox News Digital Wednesday. "Upon initial review, window guards are present throughout the apartment where required and were last checked in February 2022, and there are no repair work orders on record for the air conditioners present in the residence."

The NYPD said an investigation into the fall was ongoing. Details about the child’s injuries were not immediately available.

The fall comes just shy of a year after a Bronx 3-year-old tumbled out of a fifth-story window in the borough and survived with a broken leg, according to NBC New York. In that case, the child fell through a window where the bars had been removed to make room for an air conditioner.