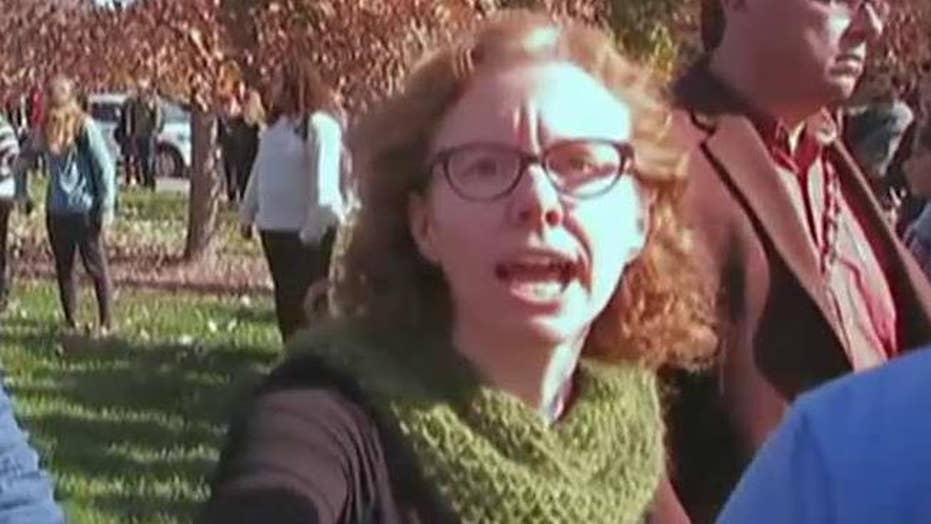 The man hired to help ease racial tensions at University of Missouri had tough love for the African-American activists who led fierce demonstrations there last fall, telling them late last week he has no intention of caving in to their demands.

"If you sincerely want better relationships, the time for demands, threats and arbitrary deadlines is over — you don't need them," Henson wrote.

Demands from the group, which takes its name from the 1950 admission of the school’s first black student, Gus Ridgel, include an “academic bankruptcy program” in which students could delete one bad semester’s grades from their records, according to The College Fix. Other demands include the hiring of more black faculty, $250,000 to expand the Black Cultural Center with a “Liberation House,” and a statue of civil rights activist Lloyd Gaines in the Carnahan Quadrangle.

Interim Vice Chancellor for Inclusion, Diverstiy and Equity Chuck Henson said the time for demands is over. ((Associated Press))

Henson invited group members to meet him, but said many of the demands are neither realistic nor legal. Hiring faculty or staff or admitting minority students to meet quotas could violate state and federal law, he said.

"There are things, like hiring faculty or staff, or admitting students based on protected characteristics to meet a numerical target, will not and cannot be done," Henson wrote. "It is against state and federal law. It also is a bad model for a sustainable community."

"The time for demands has passed," he told the Missourian, the school’s newspaper..

Earlier demands by Concerned Student 1950, released in October, included a call for then-University President Tim Wolfe's apology and resignation, both of which Wolfe submitted. In a tweet last week, the student-led group said its other demands must also be met.

"Be clear, these demands are not to be seen as 'request,' but obligatory to addressing and dismantling institutional racism on our campus," read the statement. “We will remain committed to ensuring our demands are met by any means necessary.”

In the incident that perhaps drew the most attention to the autumn protests, a communications professor, Melissa Click, tried to oust a student journalist from the quadrangle where demonstrators had gathered.

"I need some muscle over here," she was heard shouting.

More video surfaced of her cursing at police officers. She was eventually fired.