The suspect behind the Christmas Day bombing in downtown Nashville has been identified as 63-year-old Anthony Quinn Warner, authorities confirmed during a press conference Sunday.

Police said Warner owned the RV that exploded in downtown Nashville early Friday, and that he died in the blast.

NASHVILLE COPS DETAIL LIFE-SAVING MOMENTS BEFORE EXPLOSION: 'CHRISTMAS WILL NEVER BE THE SAME FOR US'

Human tissue was found amongst the debris left behind by the explosion, and DNA examinations of tissue samples by The Tennessee Bureau of Investigation and FBI were found to be consistent with Warner. In addition, the Tennessee Highway Patrol uncovered a vehicle identification number from the remains of the RV, which revealed it was registered to Warner.

A law enforcement member walks past damage from an explosion in downtown Nashville, Tenn., Friday, Dec. 25, 2020. Buildings shook in the immediate area and beyond after a loud boom was heard early Christmas morning. (AP Photo/Mark Humphrey)

Authorities said that, while they are still following leads, there is "no indication" that any other people were involved.

Police added that a motive for the bombing remains unknown and that officials are looking to speak with anyone familiar with Warner’s ideologies. Police are interviewing individuals identified to have been known by Warner and are still processing evidence from the scene.

In addition, police stressed that Nashville is "considered safe" and that there are "no known threats against the city". However, a curfew will be in place in the area of the blast while the investigation continues.

Warner was believed to have lived at a home in Antioch, Tennessee. The FBI and several other law enforcement agencies searched the home for several hours on Saturday. The home address on Google Earth shows the same RV parked in different places on the property dating back several years.

An RV played warning messages and music before it detonated around 6:30 a.m. Christmas Day in Nashville. (Metro Nashville Police)

Separately, a law enforcement official told The Associated Press that federal investigators have started examining Warner's digital footprint and financial history. They are also examining a recent deed transfer of a home in suburban Nashville. Warner had experience with electronics and alarms, according to public records.

Police said the RV sounded warnings to evacuate and a 15-minute countdown to clear the area. The voice of the woman on the recording is believed to be a robotic, computerized voice, the sources said.

The RV also blasted a song before it detonated, which was identified by law enforcement as "Downtown" by Petula Clark.

Investigators continued to piece together how this individual could have assembled a bomb and over what time frame. 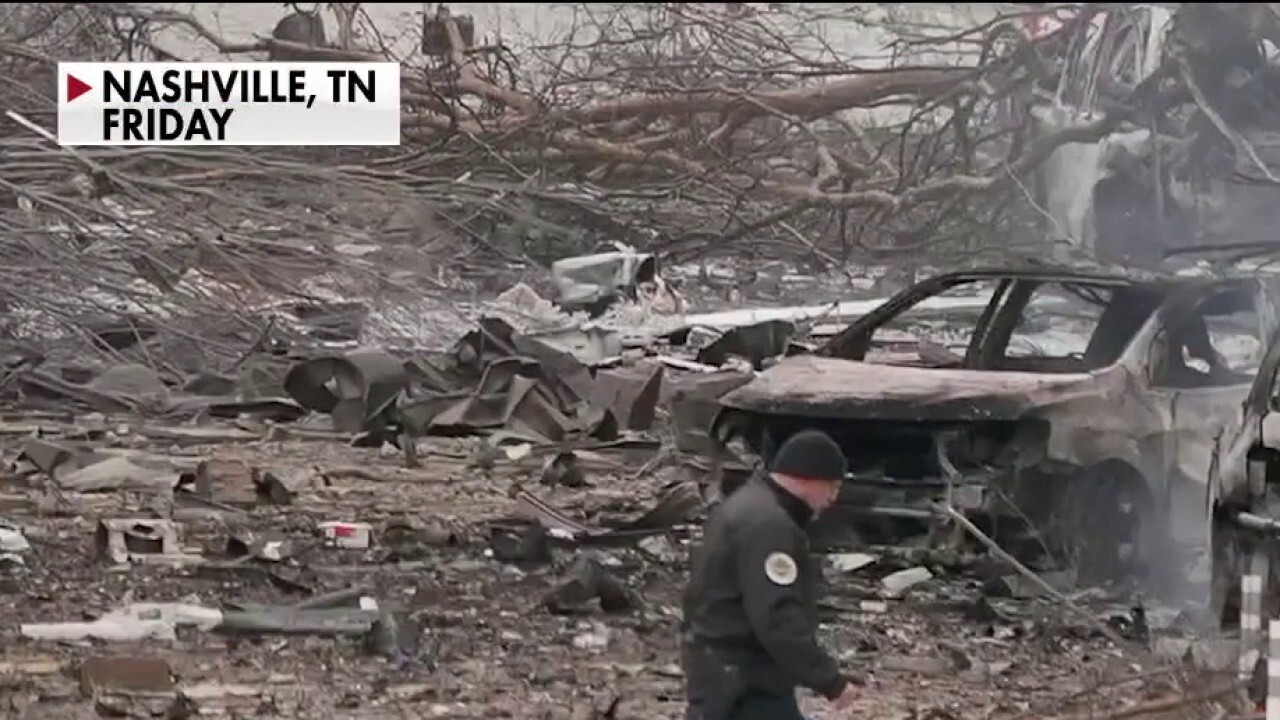 "It’s just going to take us some time," Douglas Korneski, the special agent in charge of the FBI’s Memphis field office, said at a Saturday afternoon news conference. "Our investigative team is turning over every stone" to understand who did this and why.

The attack, which damaged an AT&T building, has continued to wreak havoc on cellphone service and police and hospital communications in several Southern states as the company worked to restore service.

Fox News' Lucas Manfredi and the Associated Press contributed to this report.