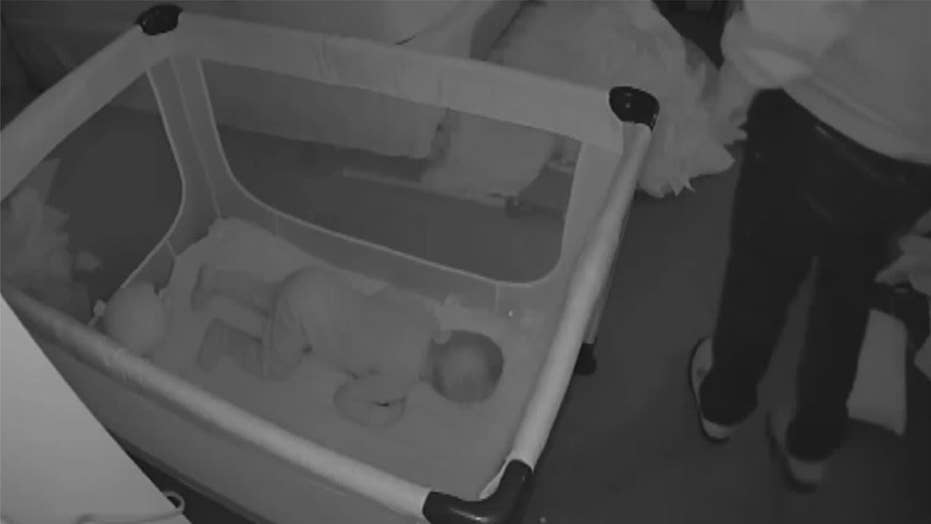 Utah parents shocked to discover intruder expose himself in their home as baby and mother sleep.

Utah cops are hunting a man who was caught on camera breaking into a home and exposing himself to a woman and her baby as they slept.

Police said a man sneaked into a home in Layton, Utah, around 3:40 a.m. Monday morning.

A baby camera in the master bedroom captured the suspect walking around the room before exposing himself while standing near the bed and crib where a mother and baby slept.

The homeowners, who did not want to be identified, told Fox 13 they noticed something was off that morning when they saw the sliding door to their bedroom was halfway open.

“Certain things in my mind kind of triggered [a] red flag,” the husband told the news station.

He said the couple was completely shocked when they checked the recently installed nanny camera and saw the man walking around the bedroom.

“It terrifies me. I really don’t know how to process it,” the wife said.

The video footage shows the intruder exposing himself while holding an iPhone in his hand.

“What if he was taking pictures of me? I feel like that’s taken from me. My privacy of my body should be mine alone,” the woman said, adding: "It almost feels like someone has taken away my virtue, in a way, without my consent.”

There was no signs of forced entry, prompting the couple to suspect the man knew their garage code – meaning he was either watching them or knew them personally.

"That’s what is worrisome to us, that it could potentially be somebody that we know, and this has been happening under our nose," said the husband.

Police said nothing was taken and the woman and child were not touched.

The suspect was described as thin, wearing dark jeans, slip on shoes, a light, possibly multi-colored sweatshirt, a wedding band and carrying an iPhone.