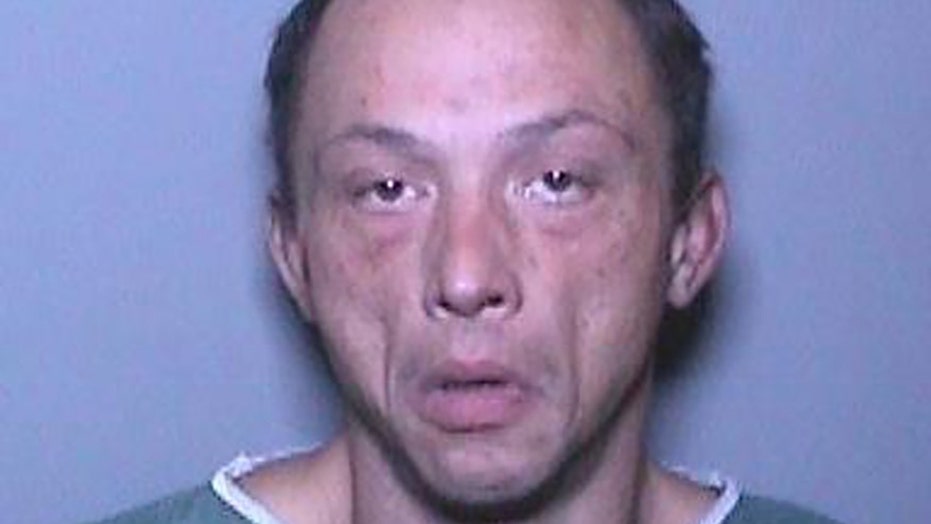 A naked intruder was chased out of a California home and arrested after an hours-long ordeal that began Wednesday when the man appeared inside the bedroom of a 14-year-old boy, authorities say.

Keith Eric Newberry, 37, allegedly trespassed into the Rossmor home near Los Angeles and then stripped naked inside the teen’s room before the boy’s parents intervened and chased him out of the house, the Orange County Sheriff’s Office said. Newberry then got into a standoff with authorities at a nearby school, they said.

The teen boy, whom Fox News is not naming, told KTLA of Los Angeles that he believed the man was either on drugs or mentally ill.

“When he got into my room, he shook me on my shoulder. I was facing away from the door,” the teen told the station. “He looked at me and said, ‘Just making certain you weren’t deaf.’”

When the man started to undress, the teen asked him to wait a “moment.” That’s when the boy left the room and told his mother there was a stranger in his room, according to the station.

The naked intruder then came out of the room and allegedly attacked the teen’s mom, wrapping her neck with a computer cable, the teen said. While the mother fought back, the boy said he grabbed a meat cleaver to threaten the suspect. The teen said he had no intention to use the cleaver.

The boy’s father, who had been outside during the altercation, rushed back into the house and grabbed the suspect by the neck to force him outside, KTLA reported. When arrived at the scene, the man sped away in a van and stopped at an elementary school blocks away from the first incident.

The intruder then climbed the roof of Hopkinson Elementary School in an attempt to hide from the deputies, according to KTLA. Police said the suspect seemed to be on some sort of drug and committed “several acts of vandalism” while trying to hide from authorities. He was later arrested.

Newberry was later identified as the suspect and was arrested on suspicion of burglary, indecent exposure, assault with a deadly weapon, vandalism, possession of drug paraphernalia and possession of a controlled substance.