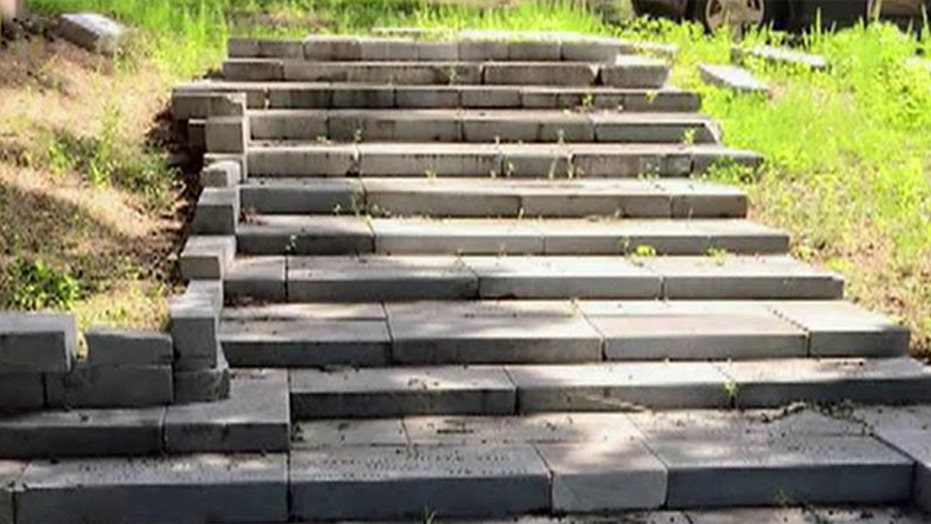 The rural Missouri homeowner whose patio made from military headstones sparked anger among veterans "used poor judgment," but did nothing illegal -- or malicious -- when he scavenged discarded defective markers from a local landfill, authorities said.

The patio, which was made up of about 150 headstones with veterans’ names, made national news when a veteran posted photos of it to Facebook. That prompted an investigation by the federal National Cemetery Administration as well as a probe by the Ozark County sheriff. But when the apologetic homeowner told officials where he got the gravestones, authorities simply had the patio removed.

"The guy used poor judgment and taste," Sheriff Darrin Reed said, according to the St. Louis Post-Dispatch. "He kept apologizing to us. He's a very simple sort."

The unidentified man told a local station he was sorry.

"I ain't blaming nobody for nothing but me," he said.

Reed sought no charges against the man because the company which cut the stones never billed the federal government for the defective ones.

A photo of the patio was uploaded to a Navy veteran's Facebook page and prompted a federal investigation.

"When I first saw them, it was like getting hit in the gut with a punch. It made me mad," Ed Harkreader, 55, told Reuters. Harkreader visited the property in July. The headstones, which were mostly dated in the past 10 years, were discarded by Chaney Monument Co. in a nearby landfill.

Authorities did not charges against the man because the company that cut the stones never billed the federal government for the defective ones.

But Harkreader said, "There's still a name of a soldier who died."

The headstones are set to be buried at a nearby cemetery that will be attended by local Cub Scouts and an honor guard. Local veterans are reportedly going to help the homeowner replace the patio.

Government regulations require that even discarded headstones be destroyed, but the U.S. attorney’s office in Kansas City said no action is likely.

The headstone company told KSPR.com that it stopped making military grave markers because of the strict guidelines and how, if defective, the company had to make a new one at its own expense.