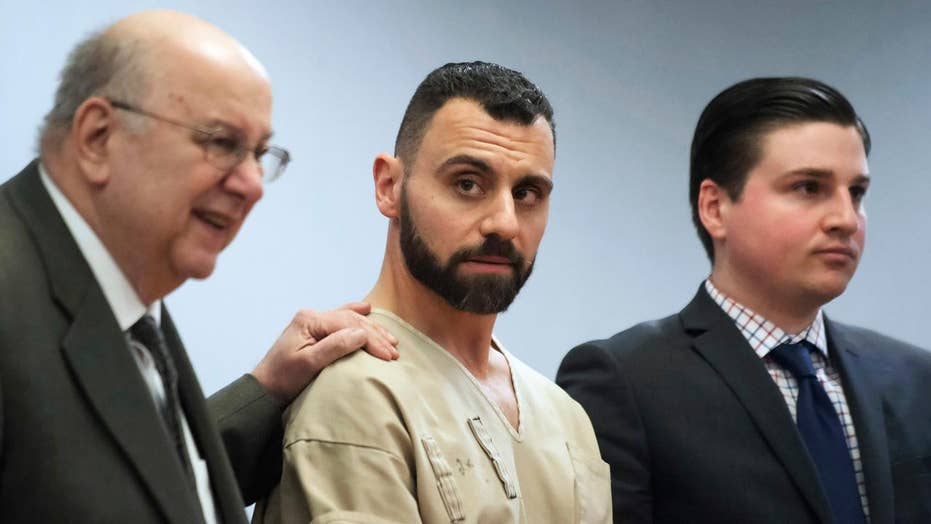 Connecticut man Richard Dabate, who is charged with killing his wife Connie, claimed she was murdered by an intruder at a specific time in 2015. But now her Fitbit records are contradicting his alibi

A Connecticut man appeared in court on Friday to face charges in a murder case cops say they cracked with the help of a Fitbit fitness tracker.

Richard Dabate, 40, pleaded not guilty through his attorney during the brief court appearance. He is charged with killing his 39-year-old wife Connie Dabate in December 2015.

Dabate was arrested two weeks ago and posted $1 million bail.

Friends of his wife showed up for the arraignment, The Hartford Courant reported.

“She was the most carefree person, who always thought of others first,” Kim Phillips, one of Connie Dabate's friends, told the paper.

Dabate told cops a masked intruder shot and killed his wife and that he burned the intruder with a torch.

Cops said they questioned the alibi after examining his wife’s Fitbit. The device showed she logged steps after the time he told them she was killed.

Days after the killing, Dabate put in a claim for his wife’s $475,000 life insurance policy, the paper reported. He also withdrew $93,000 from an investment account in her name.

Cops said Dabate also had a pregnant girlfriend, and told the woman he and his wife were divorcing.