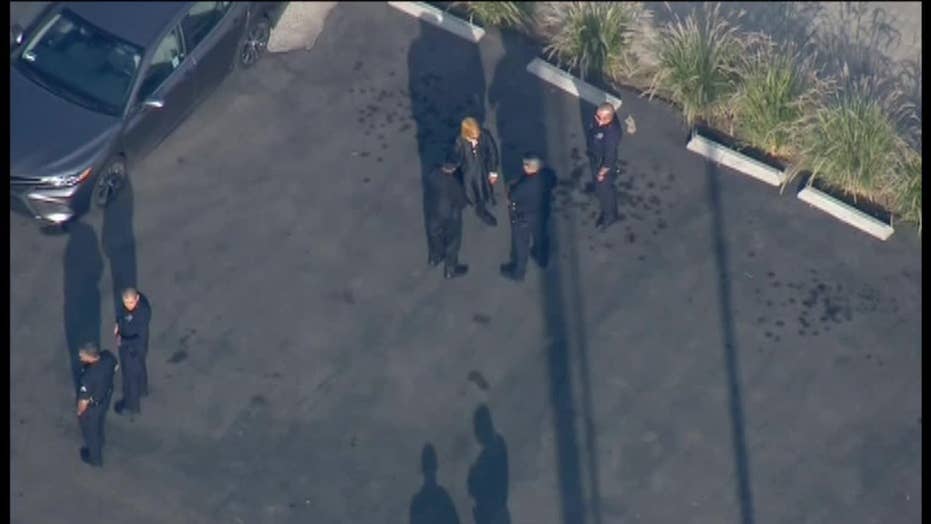 Police called on a movie shoot, actors with replica AR-15s

Raw video: LAPD responds to reports of armed men entering an East Hollywood church, only to discover the men were holding prop weapons as part of filming for a music video.

Men with large guns were seen entering a church in East Hollywood, Calif., Monday afternoon, prompting a large police response to what turned out to be a music video shoot.

"Based on everything that's occurred in the nation in the last week, we're going to take precautionary measures and of course treat this as though It was the real situation with a suspect being armed," said LAPD Officer Keith Green.

Producer Peter Mandana told Fox 11 that the shoot was for a video by Bengali-language rap artists.

"They're local natives from this area," Mandana told the station. "Set to do a music video today."

But police said the video's director didn't secure a permit for the shoot, so officers didn't know about it.