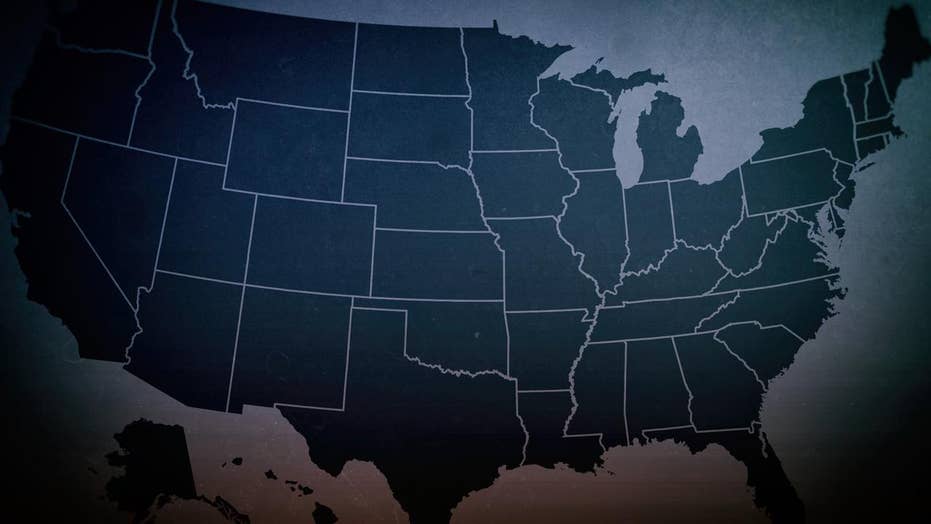 Political division leads to calls for 'convention of states'

The latest legal showdown over President Trump’s revised executive order targeting refugees and nationals from six predominately Muslim countries hits a Seattle appellate courtroom Monday morning. The key issue before a three-judge panel is whether the president’s comments before he took office – suggesting he would ban Muslims from entering the country -- provides sufficient legal grounds to rule his order unconstitutional. The order would temporarily halt refugees from Iran, Libya, Somalia, Sudan, Syria and Yemen from entering the country. It also freezes refugee admissions so intelligence and security officials can review existing admission procedures.

U.S. President Donald Trump walks from Marine One as he returns from a day trip to Atlanta on the South Lawn of the White House in Washington, U.S., April 28, 2017. REUTERS/Carlos Barria - RTS14EJJ

North Korea said Monday that the medium-range strategic missile it tested over the weekend is capable of carrying a nuclear warhead. According to state media, the Hwasong-12, launched early Sunday Korea time, was "capable of carrying a large-size heavy nuclear warhead." North Korean dictator Kim Jong Un was said to have witnessed the test and "hugged officials in the field of rocket research, saying that they worked hard to achieve a great thing," the report said.

WHITE HOUSE: NORTH KOREA HAS BEEN ‘FLAGRANT MENACE FOR FAR TOO LONG’

DIPLOMAT: NORTH KOREA OPEN TO US TALKS UNDER RIGHT CONDITIONS

CLAPPER: GOVERNMENT ‘UNDER ASSAULT’ BY TRUMP AFTER COMEY FIRING

Appeals Court Judge Merrick Garland speaks in the Rose Garden of the White House after being nominated by President Barack Obama (not pictured) to the U.S. Supreme Court in Washington, U.S., March 16, 2016. REUTERS/Kevin Lamarque/File Photo - RTSILUZ

President Trump reportedly ordered an emergency meeting over the weekend after an unprecedented cyberattack hit at least 100,000 organizations in 150 countries. Senior security staffers with Homeland Security, the FBI and the National Security Agency met on Friday and Saturday in the White House to assess the threat from the “ransomware” attack, Reuters reported. The attack that began Friday is believed to be the biggest online extortion attack ever recorded, spreading chaos by locking computers that run Britain’s hospital network, Germany’s national railway and scores of other companies, factories and government agencies worldwide.

MORE VICTIMS EXPECTED IN CYBERATTACK AS USERS LOG ON MONDAY

In front of a packed house at Yankee Stadium, the franchise honored Derek Jeter by retiring his iconic No. 2. No other Yankee will ever wear the number. Jeter is three years removed from officially retiring from baseball. He was the Yankee captain for his final 12 seasons. Among his accolades, Jeter won five World Series titles, owned a .310 batting average and holds the franchise-record for career hits with 3,465. He is the 22nd player to have his number retired in the Bronx.

U.S. Commerce Secretary Wilbur Ross said Sunday the most important parts of the new U.S. trade agreement with China are the deals on beef and liquefied natural gas (LNG).