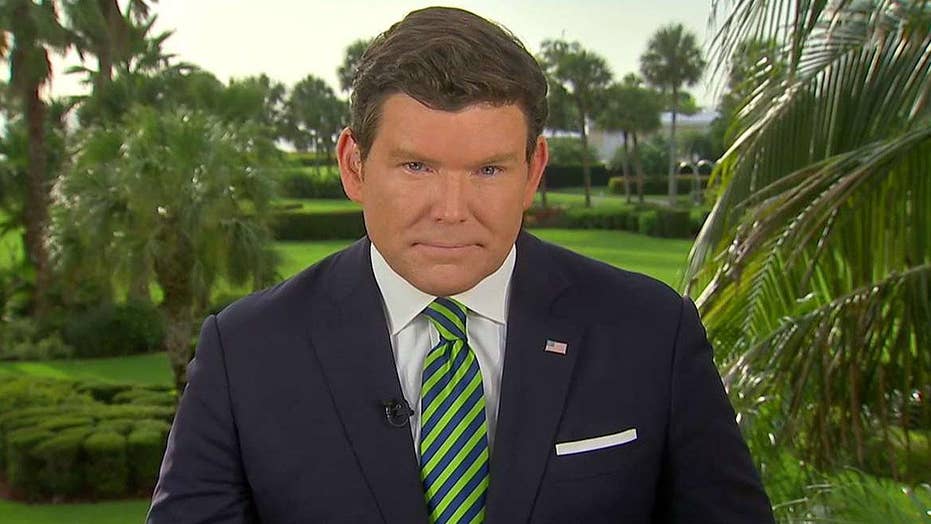 Coming up on Monday, July 10 edition of 'Special Report'

President Donald Trump and son Donald Trump Jr. pushed back Sunday on a New York Times story that states the younger Trump and other members of the president's campaign met in June 2016 with a Russian lawyer with the expectation of getting “damaging information” on Democratic candidate Hillary Clinton. Trump Jr. said he was asked by an acquaintance to meet with the lawyer, Natalia Veselnitskaya, who was described to him as somebody who “might have information helpful to the campaign.” Trump Jr. said he ended the meeting after about 25 minutes, upon concluding that Veselnitskaya's statements were "vague, ambiguous and made no sense."

Congress returns from its July 4 recess Monday with Republicans hard-pressed to accomplish a number of legislative goals in short order — and their top-priority, a health care bill, in jeopardy of collapsing. Sen. Bill Cassidy, R-La., sounded a dire note Sunday about the passage of any plan the GOP-controlled Senate has in the works to repeal and replace ObamaCare. Meanwhile, Congress has other pressing issues, including passing tax reform, spending bills and a budget before the September 30 deadline for the federal government to technically run out of money. And with lawmakers having just three weeks of work before an August recess, some Republicans are suggesting cancelling or at least shortening the break.

A former U.S. Special Forces Sgt. Layne Morris said Saturday that Canadian Prime Minister Justin Trudeau should be charged with treason after giving a former Al Qaeda militant, who severely injured him and killed a fellow soldier in an attack in Afghanistan in 2003, millions of dollars in a settlement announced earlier in the week. “I don’t see this as anything but treason,” Morris told the Toronto Sun. “It’s something a traitor would do. As far as I am concerned, Prime Minister Trudeau should be charged.”

A drunk driver crashed into a Texas home featured on the HGTV show “Fixer Upper” on Saturday, police said. Ken and Kelly Downs, the owners of the Waco home, were sleeping in their bedroom at the time of the crash and were not hurt but their house received a ton of damage, the Waco Tribune-Herald reported. Allen Wayne Miller, 31, was found inside a Hyundai Accent wedged inside the home, police said. As he tried to get out of the car, authorities said firefighters helped detain him before police arrived. Miller was arrested on a driving while intoxicated charge, the paper reported.

NY MAN FAKED OWN KIDNAPPING TO GET MONEY FROM MOM, POLICE SAY

While lawmakers in Alaska have doubled down on calls for improved U.S. defense in the wake of a North Korea ICBM test, some have appeared to shrug off the threat seemingly posed by the rogue regime. “I’m worried about moose, not missiles,” Anchorage Mayor Ethan Berkowitz told The Washington Post in a story published Saturday. “Bears, not bombs.” According to the paper, Alaska’s past may have something to do with its mellow response to the possibility of an attack from North Korea. An Alaskan town was bombed in 1942 during World War II and in the same week Japan occupied two Aleutian Islands. Alaska was also on alert during the Cold War with its incredibly close proximity to Russia. Some Alaskan homes still have fallout shelters.

IS AMERICA PREPARED FOR A CONFRONTATION WITH NORTH KOREA?

9 a.m. ET: Man accused of killing two Boston doctors at an upscale condo will be arraigned. Watch the arraignment live on FoxNews.com.