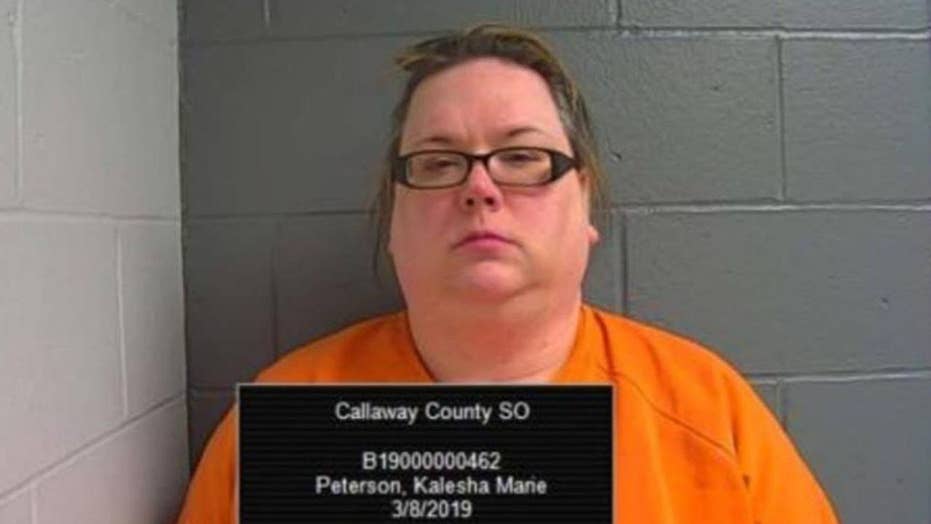 A Missouri woman was arrested after claiming she shot her boyfriend reenacting a movie scene, according to police.

Missouri police say they have arrested a woman for murder who claimed to have fatally shot her boyfriend as they were drinking and acting out a scene from a movie they had been watching.

Kalesha Peterson, a 37-year-old nurse, admitted shooting David Dalton, 36, in the head Thursday night with a .38-caliber handgun, but claimed it was an accident, the Fulton Police Department said in a news release.

She was charged with felony murder and unlawful use of a weapon and jailed without bail.

Police said that Peterson told them during an interview after the shooting that they had been drinking and watching a movie.

Peterson further stated that she had the gun in her hand when it discharged, according to the news release. She then called 911 to request immediate medical attention for Dalton.

Police did not identify the movie Peterson claimed she and her boyfriend had been watching.

Peterson was given a breathalyzer test, which showed she had been drinking, police said. She admitted being drunk on whiskey, they said.

In addition, police said Peterson told them she had taken several medications as she was drinking. The news release said that some of those medications increase impairment when taken with alcohol.

“My brother deserves justice and no, I don’t think they were reenacting a movie,” she told the station. “That doesn’t sound like David at all.”