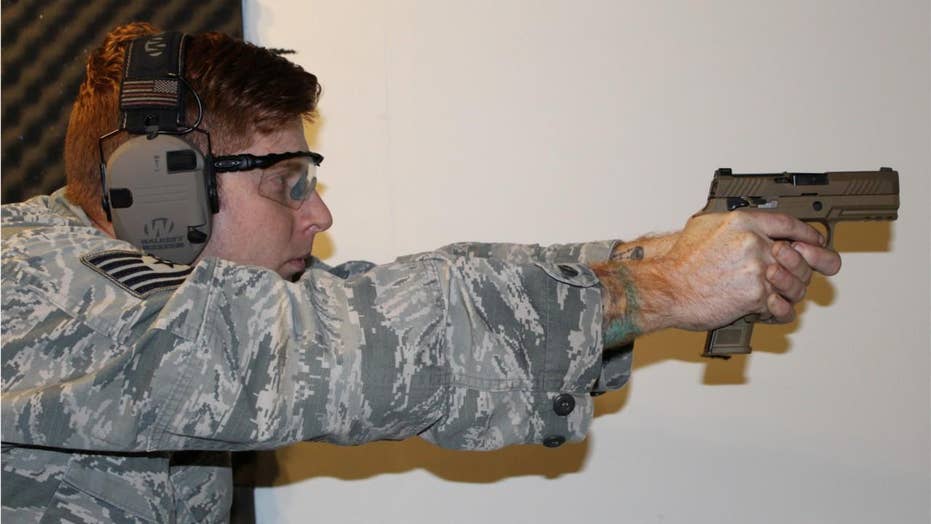 In an attempt to modernize its weaponry, the Air Force is deploying the new M18 Modular Handgun System.

The Air Force has started deployment of its new M18 Modular Handgun System.

The M18 replaces the M9 pistol, which has been used by the Air Force for more than 30 years. The handgun will also replace the Air Force Office of Special Investigations’ M11 handgun and the M15 revolver, which is used for Military Working Dog training and dates back to the Cold War.

Air Force officials note that the M18 can be customized with different size handgrips, so can be tailored to the needs of individual shooters. “This is going to help shooters with smaller hands. It also has a much smoother trigger pull, leading to a more accurate, lethal shooter,” Staff Sgt. Richard Maner, Non-Commissioned Officer in Charge of the Armory at the 37th Training Support Squadron at Joint Base San Antonio-Lackland, who has tested the pistol. “The M18 is a smaller platform weapon, but it gives the shooter more capabilities over the bulkier, larger M9 pistol,” he added, in the statement.

Like the M9, the M18 is a 9mm pistol, although it offers a 17 and 21-round capacity compared to its 15-round predecessor.

Unlike its predecessor, the M18 offers an accessory mounting rail/mounting point for a Reflex Sight.

The Air Force says that its Security Forces units will receive their M18s by 2020, with the rest of the Air Force to follow.