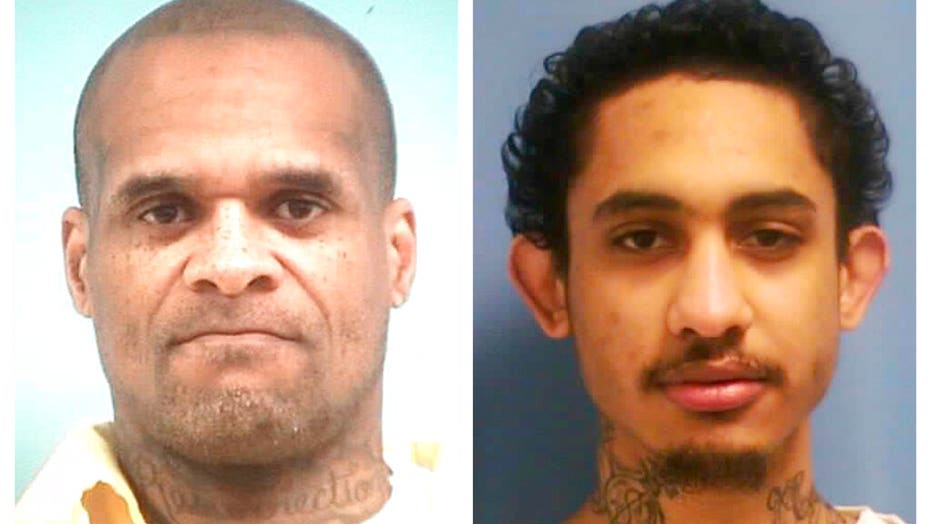 Mississippi authorities began a manhunt for two prisoners believed to have escaped Saturday, according to reports.

The state's Department of Public Safety deployed state troopers and the highway patrol’s special operations group to help the Department of Corrections find the two inmates, and to help restore order at the troubled facility that they escaped from, Gov. Phil Bryant said.

He said via Twitter that he has directed “the use of all necessary assets and personnel” to find the two inmates who escaped from the Mississippi State Penitentiary at Parchman, one of several prisons rocked by violence that has left at least five inmates dead in the past week.

The Corrections Department said that David May, 42, and Dillion Williams, 27, were discovered missing from Parchman during an “emergency count” about 1:45 a.m. Saturday.

All prisons statewide remained locked down Saturday, Bryant said, with inmates confined to cells and no visitors allowed.

The Corrections Department said via Twitter Saturday afternoon that there were no major disturbances occurring at Parchman.

“There was a minor fire at Unit 30 earlier this week. That fire, set by an inmate, was immediately extinguished. Like other facilities in the prison system, the prison has limited movement,” the department tweeted.

Mississippi’s prison system has struggled to fill guard vacancies, with Corrections Commissioner Pelicia Hall saying it’s difficult to attract people with salaries that start below $25,000 a year. Some guards end up bringing illegal drugs and cellphones into prisons. Criminal charges were filed in 2014 against 26 state correctional officers.

Some prisons, including South Mississippi, have areas where many prisoners are housed in bunks in one large room, instead of individual cells. This overcrowding can lead to worsened security problems. South Mississippi, in Greene County, was locked down for almost all of 2019, in part because of guard shortages.

Hall announced Tuesday that she will resign in mid-January to take a private-sector job, signaling that incoming Gov. Tate Reeves won’t retain her upon taking office Jan. 14.

Five inmates have died in prison violence since Sunday; three of those deaths have occurred at Parchman. The prison is a series of cell blocks scattered across thousands of acres of farmland in Mississippi’s Delta region. Inmates who escape their cells sometimes don’t make it off the property.

Mississippi’s outgoing prisons chief said Friday that four of the five killings of inmates since Sunday stem from gang violence, as guards struggle to maintain control of restive inmates.

Relatives of inmates who spoke to The Associated Press and other news outlets said there’s an ongoing confrontation between the Vice Lords and Black Gangster Disciples.

Corrections officials have repeatedly not answered questions about how many people overall have been injured or the full extent of other violent incidents in prisons.