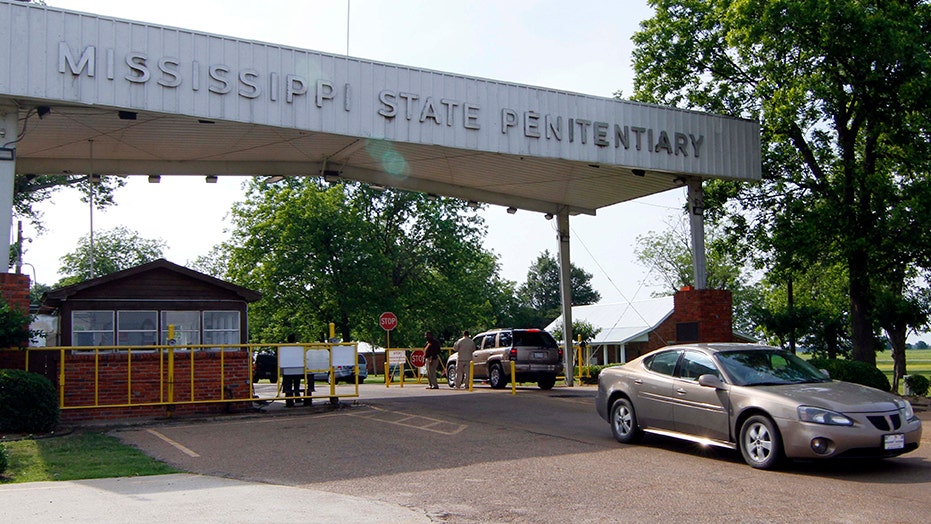 An inmate who was stabbed to death Friday at a Mississippi prison has become the fifth to be killed inside the state’s correctional facilities this week.

Dennoris Howell, who was serving a 17-year sentence for manslaughter, was knifed by another inmate around 3 a.m. Friday morning at the Mississippi State Penitentiary at Parchman, Sunflower County Coroner Heather Burton said.

The 36-year-old is the fifth inmate to be killed by another prisoner since Sunday, and the third at Parchman. Another inmate stabbed in the same incident Friday was taken to a Memphis, Tenn., hospital. He has not been identified.

Sunflower County Sheriff James Haywood and Burton have described the violence as related to a dispute between members of gangs, but officials with the Mississippi Department of Corrections haven't said what's driving the violence. All state prisons statewide are locked down, confining inmates to cells and blocking visitors.

Three inmates have been killed at the Mississippi State Penitentiary in Parchman, Miss., this week.

The troubles began Sunday at South Mississippi Correctional Institution near Leakesville, when inmate Terradance Dobbins, 40, was killed and two others hurt.

Prison officials said that the killing was part of a "major disturbance." The Greene County prison can pose particular difficulties to secure because hundreds of prisoners are housed in bunks in one large room, instead of in individual cells. The prison was locked down for almost all of 2019, in part because of guard shortages.

On Tuesday at Parchman, 25-year-old inmate Walter Gates was stabbed and several other inmates were injured during a fight.

Two days later, a 32-year-old inmate in the same unit where Howell was residing was stabbed and killed in a fracas that left multiple prisoners injured.

Gregory Emary, left, and Walter Gates, two of the inmates killed inside prisons in Mississippi this week. (AP/Mississippi Department of Corrections)

Inmates at one point Thursday also set another unit at Parchman on fire, but Mississippi Department of Corrections spokeswoman Grace Simmons Fisher said the blaze caused no structural damage. The prisoners were evacuated and later moved back in, she added.

Earlier Friday, before Howell was stabbed to death, 26-year-old prisoner Gregory Emary of Hernando was killed at the Chickasaw County Regional Correctional Facility, a county-run jail that holds state inmates.