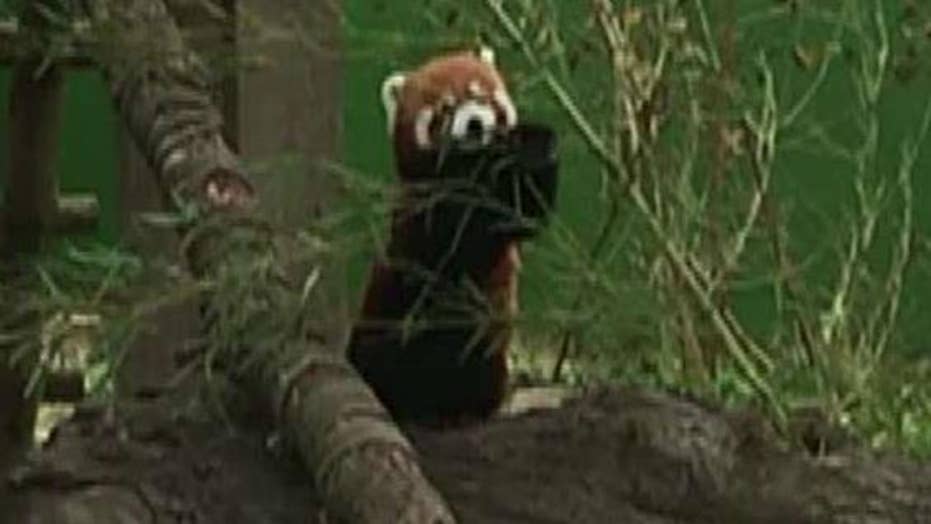 Zoo staff on the hunt for a red panda named Sunny

Authorities in Virginia said Thursday that based on the patterns of their search dogs they don’t believe the red panda missing from the zoo has left the grounds.

Newport News sheriff’s deputy Tommy Blyth told the Virginian-Pilot that the red panda, named Sunny, is “probably within an earshot.”

“The dogs don’t give me any indication that the panda has left,” Blyth added.

Virginia Zoo staff members and the Newport News Sheriff’s Office have teamed to search for Sunny, who hasn’t been seen since Monday evening. The search was launched Tuesday when Sunny wasn’t found in her enclosure.

Ashley Mars, the zoo’s marketing manager, told the newspaper that the police K-9s have focused on the facility’s Asia exhibit known as The Trail of The Tiger.

Zoo officials and authorities have used a search group of about 80 people and even geothermal camera in search of the 19-month-old animal. Officials said the male red panda, named Thomas, may have chased Sunny, a female, and knocked it off one of the trees in the exhibit. The zoo said it is red panda mating season and the animals could be extra agitated.

Red pandas are reddish-brown in color with thick fur and a long tail. While they can be seen on the ground, Red pandas are typically found in trees.

The red panda isn’t necessarily an aggressive animal, but zoo officials warn that anyone who spots it shouldn’t try to touch, feed, or capture the animal.

Sunny has been part of the Virginia Zoo animal family since May 2016. It first lived at Front Royal, the Smithsonian’s Conservative Biology Institute.