Sunday marked the second Mother’s Day without missing Colorado woman Suzanne Morphew since the mom of two disappeared in 2020.

Over the course of two years, investigators have announced murder charges, among others, in connection with the case – against Suzanne’s husband, Barry Morphew – and then dropped the charges months later, just weeks before he was headed to trial. While the search for Suzanne continues, prosecutors said in April they believed they were close to locating her remains, which could implicate or exculpate her husband.

Meanwhile, Barry Morphew’s defense attorney, Iris Eytan, recently told ABC her team will be taking action against the district attorney on the case and will be calling for a probe into prosecutors’ mishandling of the investigation. 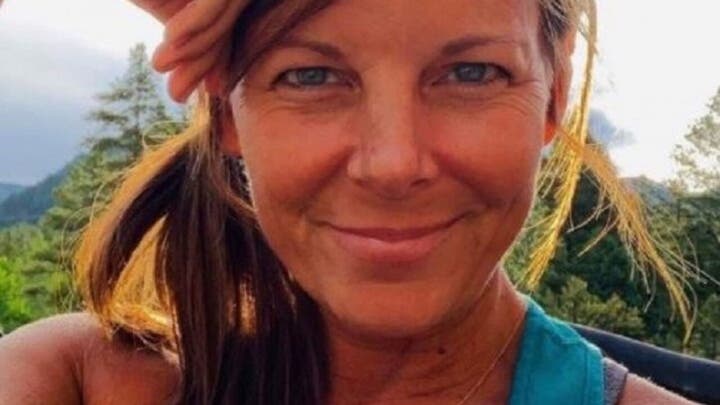 "They absolutely dismissed this case at this point because they knew they were going to lose this trial and Mr. Morphew was going to be acquitted and exonerated," she told reporters after the news of the dismissal.

Police said they were told Suzanne Morphew left for a bike ride on May 10, 2020, but never returned. A neighbor reported her missing, officials said at the time.

A few days later, investigators found an item possibly belonging to her, but several searches that included waterways did not turn up a body.

A week after she went missing, Barry Morphew posted a video on Facebook pleading for her safe return.

"No questions asked, however much they want, I will do whatever it takes to get you back," he said.

"I need to find her, need to bring her home, give her a proper burial and closure for my family," he told KMGH-TV before the Sept. 24 search began. "And that’s my point. I’m not about finding somebody guilty or trying to inflict punishment on anyone. That’s not my job. That’s the law enforcement’s job."

In a 131-page affidavit released after Morphew's arrest, investigators described how Morphew realized he couldn’t control his wife and her decision to leave him, so instead "he resorted to something he has done his entire life — hunt and control Suzanne like he had hunted and controlled animals," the document states.

But prosecutors then changed course, successfully asking a judge on April 19 to drop the charges. They further asked that the counts be dismissed without prejudice, meaning they could still re-submit charges if new information presented itself, according to the motion.

They argued that they felt they were close to finding Suzanne Morphew's remains, which could help or hurt their case against Barry.

"In typical homicide cases, the fact of the victim’s death is rarely at issue, but in a case such as this, the most influential fact of consequence is whether or not Ms. Morphew is deceased. If the body proves to be there, further forensic examination could potentially inculpate or exculpate the Defendant," the filing states. "Given the need to conduct further investigation to resolve these issues, this is a good faith basis to dismiss the current indictment."

"This area received a significant amount of snow over the winter months before a search could be completed," the motion states. "To date, the area has 5 feet of snow concealing the location where the People believe Ms. Morphew is located."

Eytan, Barry Morphew's lead attorney, slammed Stanley's office's handling of the case and called the charges "false from the beginning."

"The affidavit that was filed in this case was egregious, and wrong, and had so many misstatements that carried it through to preliminary hearing where more lies and perjury were committed in order to get Mr. Morphew wrongfully convicted," she said at a press conference after the dismissal.

Eytan said there was "not a single ounce" of physical evidence linking Barry Morphew to the case and noted that prosecutors have never before said they needed to find Suzanne Morphew's body in order to prosecute.

"In fact, there is DNA that is placed on all the critical items of evidence in this case – on the bike, on the bike helmet, in the house, in the car – that is linked to unknown males and has been linked to convicted sex offenders in this country."

She added: "And the prosecution has chosen not to follow those leads."

Morphew’s daughters, Macy and Mallory, stood by their father during an interview with ABC, which aired Friday.

"It’s been an emotional rollercoaster, but we feel like we can finally take our first steps in healing, which is a blessing," Macy added. "We just know our dad better than anyone else, and we know he was not involved in our mom’s disappearance."

Eytan is calling for a review of the prosecutors’ handling of the case.

"If you want to honor Suzanne and you want to honor the daughters, go find Suzanne," Eytan told ABC. "Prosecutors need to be held responsible, and they need to pay for the damage they caused to Barry, which is frankly nearly irreparable. Because it's hard for anybody to believe that Barry is not who they claim he was."

In a statement to ABC, Stanley's office said that prosecutors and law enforcement "have been diligently searching for Suzanne Morphew since she was reported missing" and continue doing so.