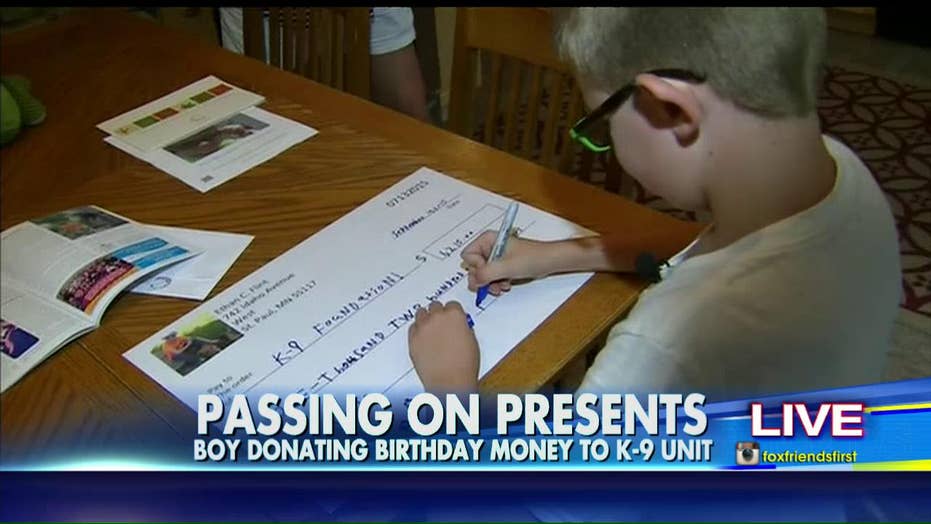 Plenty of 9-year-old boys ask for cash for their birthday. Few use the money like Ethan Flint.

“Some dogs have vests and some dogs didn’t and I didn’t think that was fair,” Ethan said.

A bulletproof vest for a police dog can cost about $2,600, according to ABC7.

“I think it’s outstanding. That a 9-year-old could think of something like that is remarkable,” Sgt. John Linssen told ABC7. “A vest on a human is like a vest on a dog. It covers their body. It protects them from bullets and being stabbed.”

Ethan has been donating his birthday money since he was 4 years old. An animal lover, Ethan has raised money to help the Lake Superior Zoo rebuild after flooding, give giraffes a home at the Como Zoo and help frogs and snakes through the Minnesota Herpetological Society, KMSP reported.

Ethan said he wants to help penguins or turtles next year.

“A lot of talk over the years has been, ‘It’s better to give and have other people benefit from the generosity you have in your family,’” said Jennifer Flint, Ethan's proud mom.