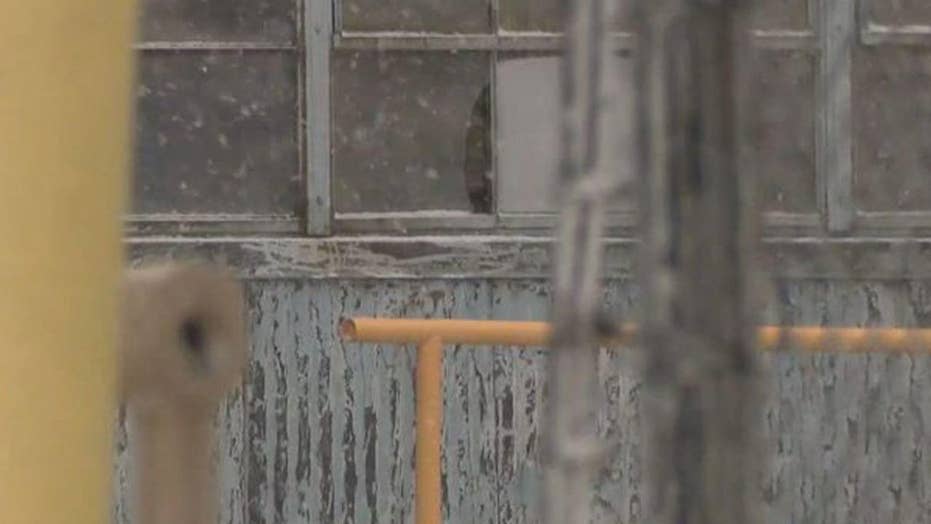 Michigan man dies after falling into tank of acid

A worker at a plant in Michigan died over the weekend after falling into a tank of sulfuric acid, officials said.

The incident took place on Saturday at the Michigan Seamless Tube plant in South Lyon, located west of Detroit.

Fire Chief Robert Vogel told the Detroit News that 54-year-old Daniel Hill was fully submerged in the 10 percent to 12 percent sulfuric acid solution as co-workers tried to pull him out.

"He was completely submerged and was 100 percent covered in burns," he told the Detroit News. "The gentleman was trying to get out. They ran and grabbed him and pulled him out."

Employees placed him under a safety shower before he was transported to the hospital.

"He was speaking when we were there," Vogel told the Detroit News. "He was walking and talking. Unfortunately, he passed. It was pretty extreme burns."

Officials told Fox 2 that Hill was transported to the hospital but died later that day.

The Centers for Disease Control says that sulfuric acid is destructive to the skin, eyes, teeth and lungs. Any "severe exposure" may result in death.

"Sulfuric acid is used in many industries," the agency notes. "It’s used to produce other chemicals, explosives and glue; to refine petroleum, to cure metal, and in lead-based car batteries."

In a statement to the Detroit Free Press, Michigan Seamless Tube said a "valued" employee was involved in a "serious industrial accident."

"The Company is conducting a comprehensive investigation of the accident and is cooperating with the Michigan Occupational Safety and Health Administration," the company told the newspaper.

Authorities are still not sure how Hill ended up in the tank. The incident remains under investigation.