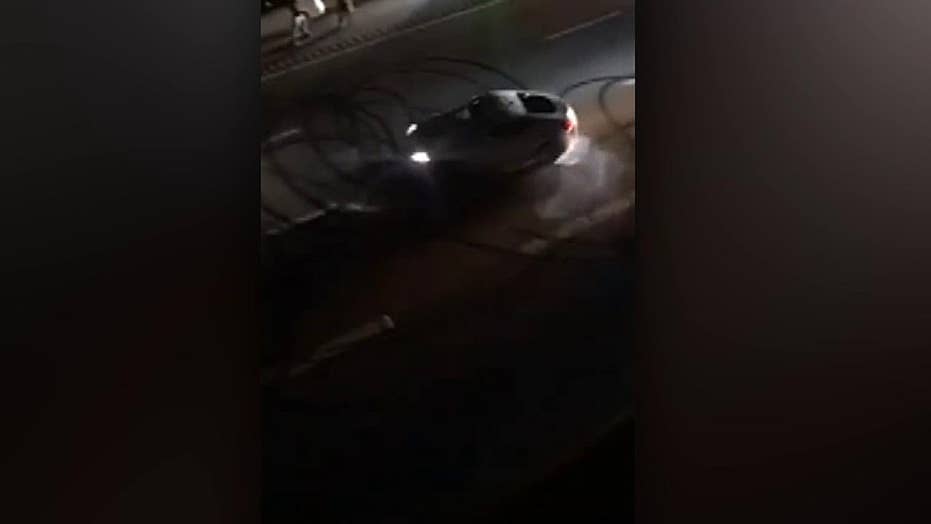 Authorities in Tennessee are investigating after a video surfaced online of a driver doing doughnuts in the middle of a highway, reportedly backing up traffic for miles.

The video, which shows one car driving in circles on Interstate 24 in Nashville, was posted to Facebook by Ricardo Suarez on Saturday. He told Fox affiliate WZTV he was heading home when he spotted smoke and began to film.

MAN DRIVES THROUGH PENSACOLA AIRPORT FENCE, DOES DOUGHNUTS AFTER SPEEDING ACROSS ACTIVE RUNWAY

“The highway's blocked and I saw the car doing [doughnuts] and I started recording,” Suarez said. “It looked fun from my view from the top of the bridge, but it's dangerous down there you know.”

Witnesses told the news station the event was a meetup of car enthusiasts who gather to show off their vehicles. The interstate appeared to be backed up for miles.

The Metropolitan Nashville Police Department told Fox News on Tuesday that they, along with several other agencies including the Tennessee Highway Patrol, are actively investigating the incident.