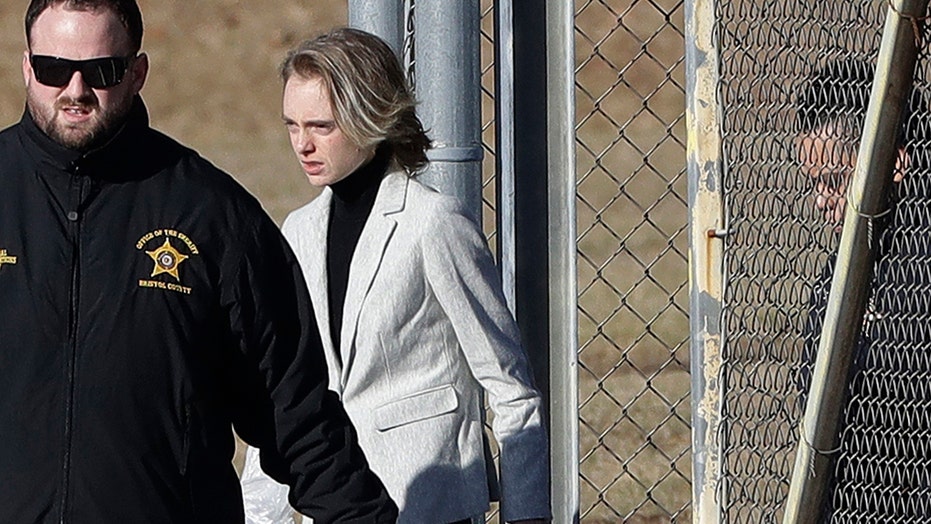 Michelle Carter, the Massachusetts woman convicted of encouraging her boyfriend to commit suicide in 2014, was released Thursday, more than three months early from jail, where she had been serving a 15-month sentence.

Wearing the same white blazer and dark slacks she wore into the facility, Carter was escorted out of the Bristol County Jail and House of Correction in Dartmouth and picked up by her parents.

Michelle Carter leaves the Bristol County jail, Thursday, Jan. 23, 2020, in Dartmouth, Mass., after serving most of a 15-month manslaughter sentence for urging her suicidal boyfriend to kill himself in 2014.  (AP Photo/Steven Senne)

Carter, now 23, was found guilty of involuntary manslaughter in the 2014 death of her boyfriend, 18-year-old Conrad Roy III, after a judge ruled she caused his death. She ordered him in a phone call to get back in his carbon monoxide-filled truck and take his own life, she said.

Carter was convicted in 2017, but was ordered to begin her sentence only after the Massachusetts Supreme Court upheld the conviction in February. Officials said her early release was a result of accruing enough credits for good behavior and attending jail programs.

Her release comes after the U.S. Supreme Court declined last week to hear her appeal.

Carter's lawyers argued that the conviction should be thrown out because it was an “unprecedented” violation of her free speech, raising crucial questions about whether “words alone” are enough to hold someone responsible for another person’s suicide.

In text messages sent in the days leading up to Roy's death, Carter encouraged him to follow through with his suicide plan and chastised him when he didn't. (Facebook)

The lawyers also argued there simply was not enough evidence to prove Carter urged Roy to get back in his truck to die, or that he would have lived if she had called for help or tried to save his life since the phone call was never recorded.

During her trial, the judge relied on a text Carter sent her friend in which she said she told Roy to get back in. In text messages sent in the days leading up to Roy's death, Carter also encouraged him to follow through with his suicide plan and chastised him when he was reluctant.

Carter and Roy both lived in Massachusetts but met in Florida in 2012 while on vacation with their families. Their relationship consisted mainly of texting and other electronic communications. Both teens struggled with depression, and Roy had made earlier suicide attempts.