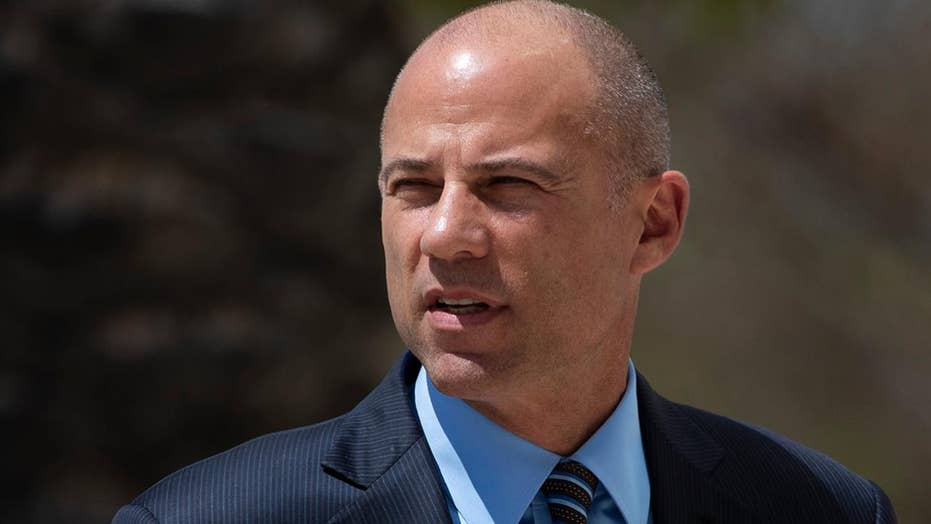 Attorney Michael Avenatti tweets his anger at the way the case his being handled; Jonathan Hunt reports from Los Angeles.

The 48-year-old Avenatti, who was indicted earlier this month on 36 counts including wire and bank fraud, appeared in federal court for an arraignment in Santa Ana, California on Monday.

Asked to enter a plea, Avenatti told the judge, "Not guilty to all charges."

The trial is set to begin on June 25 with a status hearing scheduled for June 15.

Prosecutors accused Avenatti of embezzling settlement funds and proceeds from other matters he handled for five clients and doled out small portions, sometimes labeling them as advances to prevent thefts from being discovered.

Avenatti, who briefly toyed with the idea of a 2020 presidential run and even visited Iowa, has denied the charges. Ahead of the arraignment, he said he had made powerful enemies and would fight the case.

"The right to a presumption of innocence and the right to a jury trial are two fundamental rights that our founding fathers demanded when this country was formed over 200 years ago," he said in a statement earlier Monday.

He did not speak to reporters on the way out of the courthouse, saying his early statement was sufficient.

According to a reporter at the courthouse, as soon as Avenatti walked out of the security checkpoint, he was reported served with other papers.

Kris Ankarlo, a reporter with KFIAM640, wrote on Twitter that a woman was waiting for him with papers.

"She served him and went out one door as she walked out the opposite side," he wrote.

Fox News could not immediately independently confirm the exchange.

As part of the 61-page indictment against him, Avenatti is accused of embezzling from a paraplegic man and four other clients and deceiving them by shuffling money between accounts to pay off small portions of what they were due to lull them into thinking they were getting paid.

He is also accused of not paying personal income taxes, not paying taxes for his various businesses – including two law firms – and pocketing payroll taxes from the Tully’s Coffee chain that he owned, the indictment said.

If convicted on all charges, he faces 335 years in prison, federal investigators have said.

Avenatti was arrested in March in New York on a separate case alleging he demanded millions to stay quiet about claims he planned to reveal about Nike paying high school athletes. He is accused of trying to shake the athletic clothes empire of up to $25 million.

He faces up to 47 years in prison and has denied any wrongdoing in that case as well.

The charges are the latest blow to a legal career in the national spotlight that took off when Avenatti represented Daniels in her lawsuit to break a confidentiality agreement with Trump to stay quiet about an affair they allegedly had.

Avenatti became one of Trump's leading adversaries, repeatedly attacking him on cable news programs and Twitter.