A North Dakota federal court judge has ordered a Mexican cartel to pay more than $4.6 billion in connection with accusations that members killed nine women and children from an offshoot Mormon community in 2019.

The Juarez cartel was ordered to pay $1.5 billion toward the victims’ families, who filed a lawsuit accusing the crime group of carrying out the November 2019 attack in Mexico as retribution for their public criticism and protests against the cartel.

Three American women and six children, including infants, were killed in the northern Mexico state of Sonora on Nov. 4, 2019.

Cartel members fired hundreds of rounds of ammunition into vehicles and then set them on fire. Mexican authorities said in 2020 that the mastermind of the attack was one of 17 people arrested.

David Langford is consoled during the funeral service for his wife Dawna Ray and their two sons, in La Mora, Mexico, Thursday, Nov. 7, 2019.  ( (AP Photo/Christian Chavez))

According to The Associated Press, the mostly bilingual American-Mexicans had lived in northern Mexico for decades and considered themselves Mormons, though they were not affiliated with the Church of Jesus Christ of Latter-day Saints.

A boy pauses as he speaks next to the coffins of Dawna Ray Langford, 43, and her sons Trevor, 11, and Rogan, 2, who were killed by drug cartel gunmen, during the funeral at a family cemetery in La Mora, Sonora state, Mexico, Thursday, Nov. 7, 2019.  ((AP Photo/Marco Ugarte))

In their 2020 lawsuit, the grieving families accused the Juarez cartel of coordinating the attack as part of a decades-long effort to intimidate and coerce the local population and influence the Mexican government. At the time, they called it one of the most ruthless attacks to date.

U.S. Magistrate Judge Clare Hochhalter ordered the cartel last week to pay $1.5 billion – an amount that will be automatically tripled under federal Anti-Terrorism Act to $4.6 billion. 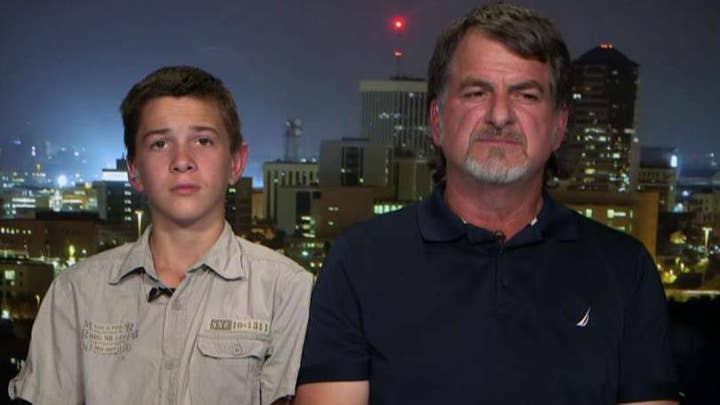 BABY FAITH WHO SURVIVED MEXICAN DRUG CARTEL MASSACRE REUNITED WITH FATHER: 'SHE IS A LIVING ANGEL'

After the news of the judgement, David Langford, who lost his wife Dawna and his two kids, said the "horror" that his children experienced and that his family had since endured at the hands of the Juarez cartel "will never, ever be made right," according to The Bismarck Tribune.

"We went into a United States courtroom in North Dakota seeking some acknowledgement of and measure of justice for the trauma inflicted on our family," he reportedly said, "and we received it."

The government can freeze assets of terrorist organizations, but it's unclear if the U.S. Treasury Department holds any cartel assets. 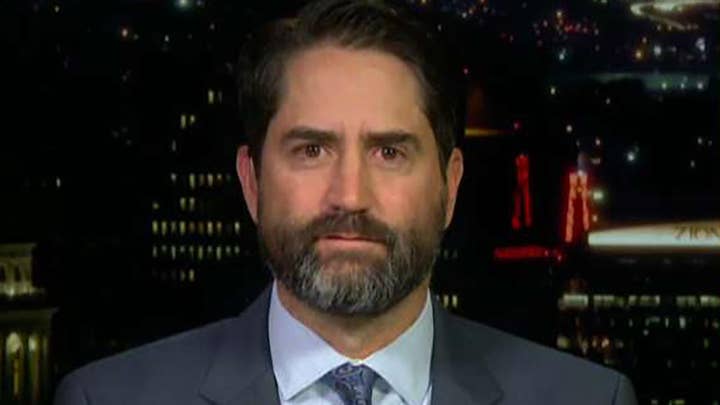 The Bismarck Tribune reported that the cartel did not respond to a published summons or have representation at a trial in North Dakota in March.

A MEXICAN CARTEL AMBUSH LEFT MEMBERS OF A MORMON FAMILY DEAD; NOW LARA LOGAN SITS DOWN WITH THE SURVIVORS

The surviving family members include two widowers of women killed who were working in North Dakota at the time the suit was filed. Their lawyer said various family members were living in the state and working in the oil industry while traveling back and forth to Mexico.

People attend the funeral of Dawna Ray Langford, 43, and her sons Trevor, 11, and Rogan, 2, who were killed by drug cartel gunmen, at a family cemetery in La Mora, Sonora state, Mexico, Thursday, Nov. 7, 2019.  ((AP Photo/Marco Ugarte))

During the trial, Adrian LeBaron-Soto, the father of victim Maria Rhonita LeBaron, testified that he and his family "were forced to do the unconscionable – collect our families’ bones and ashes," according to the Tribune.

Maria Rhonita LeBaron’s four children, who ranged in age from 8 months old to 12, were also killed.