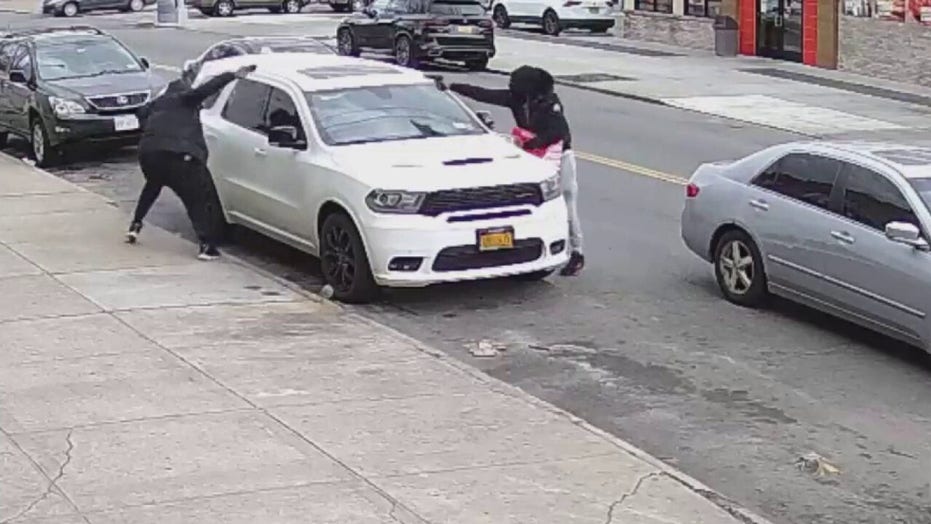 Two men in New York City pulled out handguns in the middle of a street in Queens on Tuesday and fired at each other in broad daylight, authorities said.

Two men were caught on video in New York City pulling out guns in the middle of a street and firing at each other in broad daylight on Tuesday, authorities said.

Police shared surveillance video showing two unidentified males standing on opposite sides of a parked white SUV when they each pull out handguns and exchange gunfire.

Police said one male fled in a silver Honda Accord before briefly returning to retrieve belongings that he had dropped during the shooting. The other male, who was with a third unidentified person, fled in a black 4-door sedan driven by a fourth individual.

No injuries were reported during the incident.

There have been 354 citywide shooting incidents year-to-date – a 9.9% increase compared to the 322 reported shootings that occurred during the same period in 2021, according to public NYPD data.

Last month, the NYPD launched its new gun crimes team as part of Mayor Eric Adams’ ongoing effort to crack down on crime.

Authorities asked anyone with information about the incident to call the NYPD's Crime Stoppers Hotline at 1-800-577-TIPS (8477).