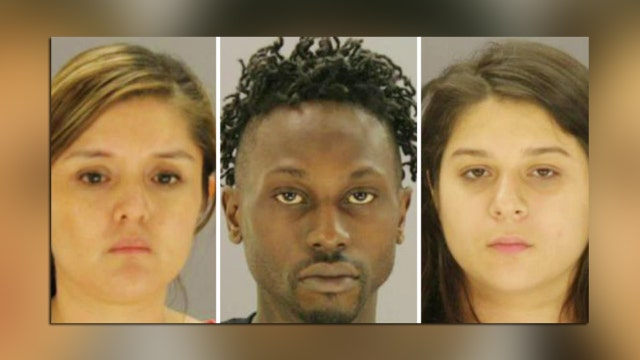 Arrest made in murder-for-hire of Texas dentist

The man who cops say pulled the trigger in a murder-for-hire plot spawned by a scorned ex-lover is set to face a jury next week, three years after the killing rocked a Texas city.

Kristopher Love, 33, is accused of pulling the trigger and fatally shooting Dr. Kendra Hatcher, who was gunned down in the garage of her upscale Dallas apartment building in September 2015.

Authorities say Love, who faces the death penalty if convicted, was hired by Brenda Delgado, the jilted ex-girlfriend of the man Hatcher was dating.

“It’s almost like a made-for-TV movie, except, in this case, there are real people whose lives were destroyed,” former Dallas Assistant Chief Randy Blankenbaker said at the time, according to KHOU.

Delgado, who is a Mexican citizen and a permanent U.S. resident, fled to Mexico after she was interviewed by authorities about the killing.

She was placed on the FBI’s 10 Most Wanted list and captured and eventually extradited from Mexico more than a year after the murdered occurred.

The Mexican Attorney General’s office said in 2016 that, according to a witness, Delgado was the mastermind of the plot and had arranged for two people to kill Hatcher in return for money and drugs.

Delgado’s friend, Crystal Cortes, was arrested and accused of driving the get-away car. She was allegedly captured on surveillance video in the garage at the time of the murder.

Cortes, Love and Delgado were all charged with capital murder, but only Love faces the death penalty. Prosecutors agreed not to seek the death penalty for Delgado as a condition of her extradition.